Rawanbuki: Become a dwarf under the 4m high Fuki plant

Amongst the folklore of Hokkaido’s indigenous people, the Ainu, is a tale of a dwarf called ‘Koro-pok-guru’.
‘Koro-pok-guru’ means ‘people under the Fuki’, and in the town of Ashoro is a place where visitors can experience this Hokkaido folklore for themselves.
Along the Rawan River grows the ‘Rawanbuki’, and every year from the middle of June to the middle of July the plant is at its tallest, reaching up to 4m in height. 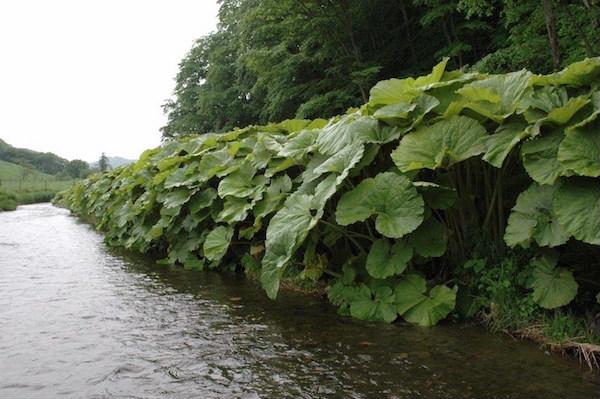 If you take a photo underneath such large Rawanbuki, it will look as if you have gotten lost in a world of dwarves.

So what is Rawabuki, exactly?

Rawanbuki is a type of Akita fuki, which is a Japanese wild vegetable found in northern Japan, Hokkaido, the Kuril Islands and Sakhalin in Russia.
Akita fuki is a large type of Fuki, but even that only grows between 1.5 and 2 meters tall.
However, when grown along the Rawan river, it grows even bigger and reaches 3-4 meters in height. 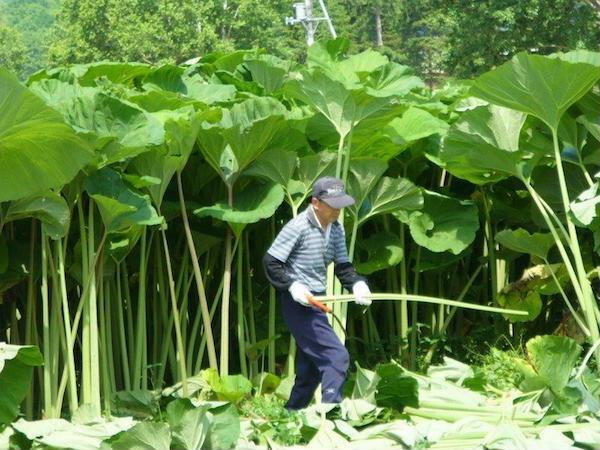 The reason why it grows so large along the Rawan River is still unknown, but it is said that it may be related to the mineral content of the water in the river. 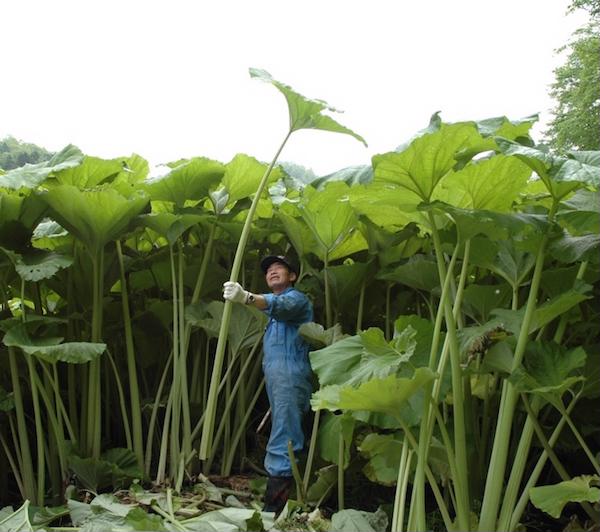 Fuki is largest from mid-June to mid-July, after which it is harvested as a food crop.
The harvested Rawanbuki has a delicate taste and is rich in minerals and fiber.
It is usually eaten in simmered dishes.
Boiled Rawanbuki can be bought all year round at Ashoro roadside station, ‘Ashoro Ginga Hall 21’. (http://www.ashoro-kanko.jp/michinoeki/)

Let's take a awesome photo and share it to friends!

Most importantly, do not forget to take a picture underneath the Rawanbuki.
Everyone becomes a Koro-pok-guru when they stand beneath the 4m tall Rawanbuki.
All your friends will surely be surprised if you upload the picture to your social networking sites. 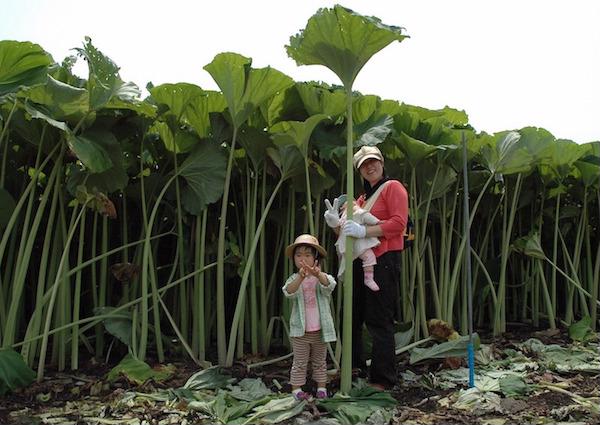 Unfortunately, the wooden path that lead visitors along the river to the commemorative photo spot was washed away last year in 2016 by heavy rainfall,
and the area can no longer be accessed.
Instead, a local construction company "Sotoda-gumi" has prepared and opened the field next to their premises for sightseeing.
Here it is possible to take photos, but the field has been opened to visitors in good faith so please be respectful. 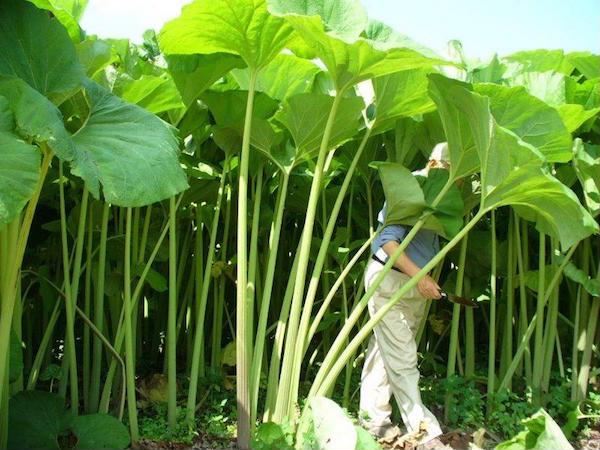 The roadside station ‘Ashoro Ginga Hall 21’ is nearby making it a good place to park and walk down to the site.