・ A gallery and shop that gathers traditional crafts from all over Japan
・ 30,000 pieces are gathered from over 100 production areas throughout the country
・ See exhibitions and demonstrations every week

Clip Like Read
There are probably many people who would like to return home with traditional Japanese crafts as souvenirs,
but there are also many who have no time in their schedule to visit the areas where they are made,
or who do not know where to go to buy them. 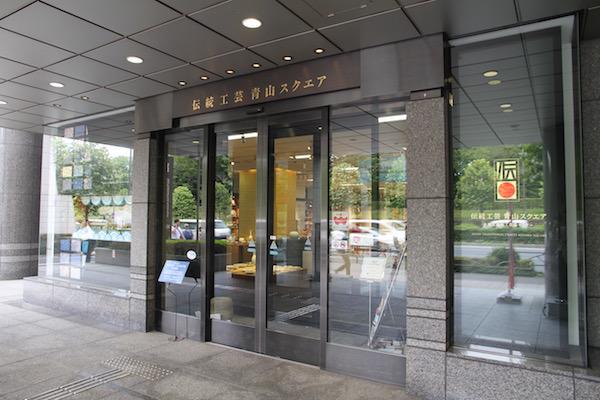 Japan Traditional Crafts Aoyama Square is the perfect place for travelers who experience such dilemmas.

Traditional crafts from all over Japan in the heart of Tokyo

First of all, the shop has a good location in Aoyama which is in the middle of Tokyo.
Aoyama-Itchome Station, a terminal station, is close by and has trains which run along the Ginza line, Hanzomon line and the Oedo line.
The goods being sold are also of guaranteed quality. 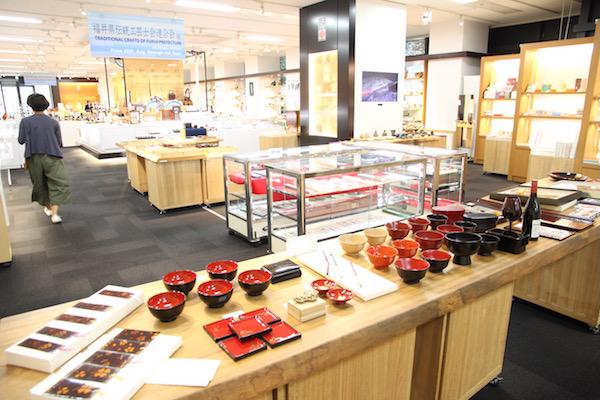 In the beginning, the gallery and shop were managed by the Association for the Promotion of Traditional Craft Industries,
an organization created to promote Japanese traditional crafts.
As this group only exhibits and sells traditional crafts which have been authenticated,
there are no instances of customers buying counterfeits or products that have not even been made in Japan. 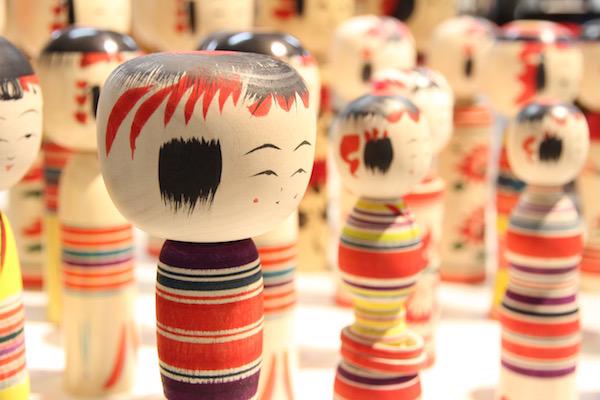 What are Japan’s traditional crafts?

"Traditional crafts" are those which meet the following conditions, as specified by the Minister of Economy, Trade and Industry.
・ Primarily used on a daily basis
・ Main production steps are completed by hand
・ Made with the same skills and techniques as used over 100 years ago
・ Made with the same raw materials as used over 100 years ago
・ The scale of production within the production area remains at a certain level 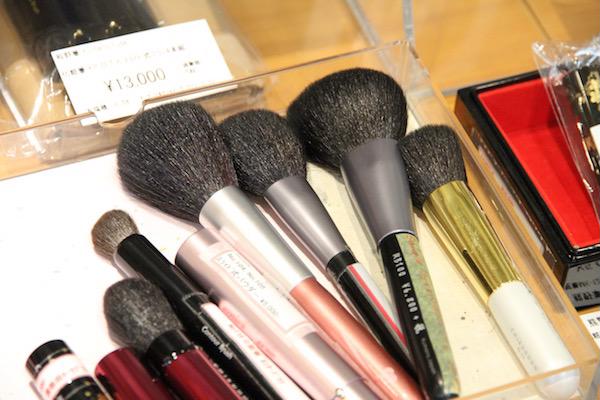 'Kumano-fude' for Make up from Hiroshima
Traditional craft items can receive this seal mark when all of these conditions are met and the production area passes an inspection.

From budget friendly to high-end

The shop covers 530㎡ and has around 30,000 items collected from over 100 of Japan’s production areas. 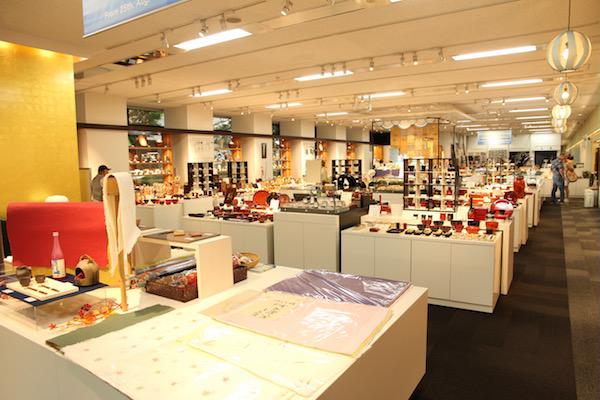 The cheapest products are around 1000 yen, such as painted chopsticks from the Hida region which cost 900 yen.
If you search well you can find cheap but worth one. 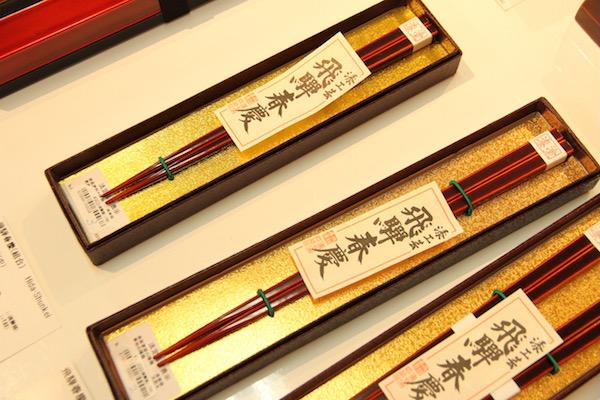 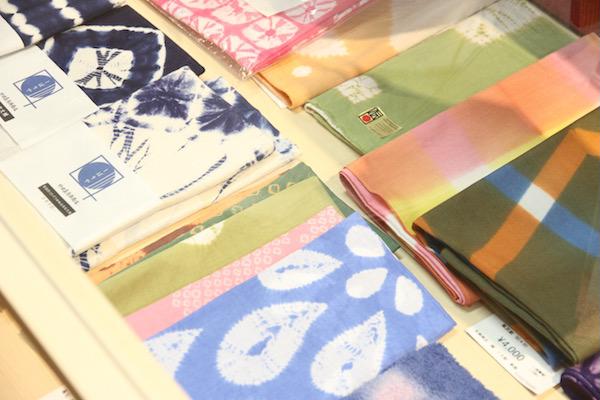 'Arimatsu-Narumi Shibori' Handkerchief from Aichi ¥800~
As for the more expensive items, there are kimono which cover a wide price range reaching more than 1.5 million yen. 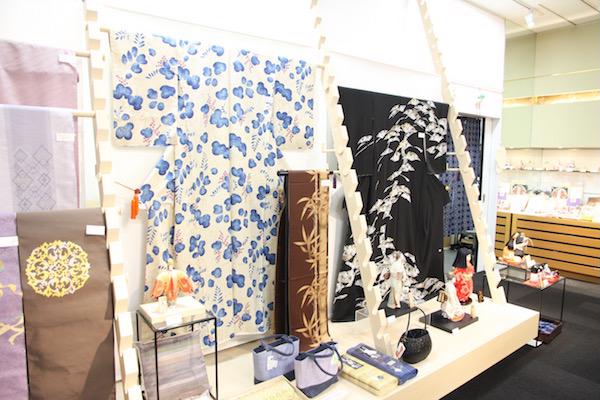 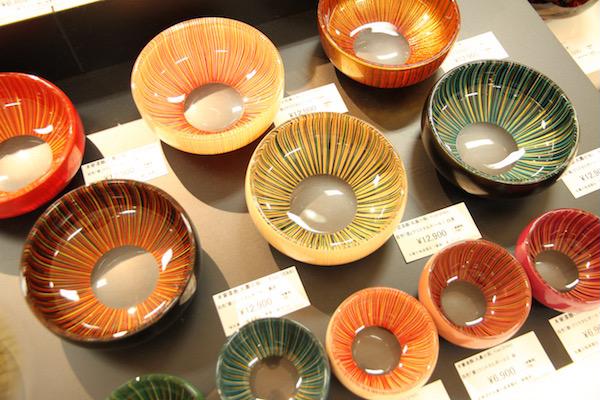 'Bowl Lacquer on grass' from Kiso, Nagano (Innovation of traditional technique)
Take a look around and you will surely find something that piques your interest.

Inside the store is a demonstration area called “Takumi Corner” and traditional craftsmen are invited on a regular basis to do demonstrations.
One artist is scheduled in for up to one week, and then there is a rest day before the next artist comes in.
Check the site before you visit to confirm the schedule.

'Koishiwara yaki' from Fukuoka
During the special exhibition which take place every 2 weeks, the artists run experience workshops.
This is a great gallery and if you are lucky, you can also experience making traditional Japanese crafts. 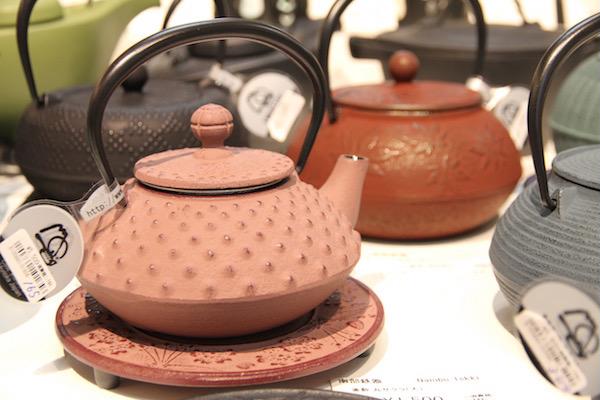 What sort of items should you choose?

Of course, as a souvenir for yourself, you should buy items that you like.
But as gifts for other people, there are many who would like to buy something typically Japanese and so here is my personal opinion on what to buy.
In movies you often see items with “日本” (Japan) written on them in a bright red or gold, but truth be told this style is not typically Japanese.
So what exactly is the style of “traditional Japan”?
In a nutshell, it is what is known as “wabi-sabi”.
Although there are other examples of this style appearing throughout history,
this is a value that was presented by Sen No Rikyuu at the end of the civil war era and continued to develop throughout the Edo period.
It evokes the image of quiet, restraint and emptiness.
It might even feel like modesty to someone from another country who is not used to it.
However, we recommend that you use this point of view to try narrowing down your options.
Once you have done that, this leaves either simple, rustic items that look clumsy, or sharp and neat ones that look clean.
I recommend to you clean and sharp one.
Personally, it is very difficult to distinguish the quality of the simple items due to the difficulty in establishing whether it is simplicity, or bad technique.
That is to say, even people with no skill can make items that look like the simpler ones.
On the other hand, the sharper and cleaner objects cannot be made without high levels of skill.
I believe this is similar to painting.
Even amateurs can make abstract pictures like Picasso, but it would be impossible for them to make one like Vermeer.
So, if you are lost over what to choose, I recommend something which has a clean and sharp finish. 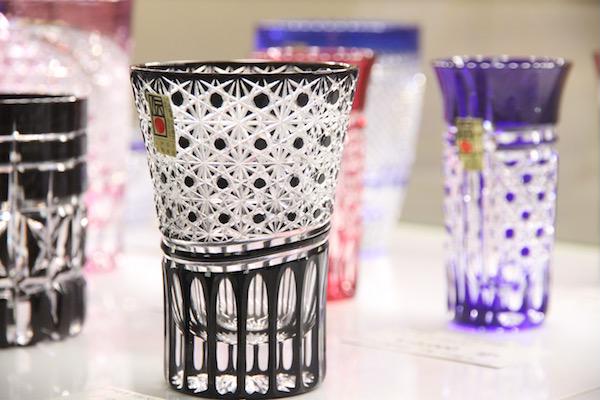