Kanto festival Lanterns light that illuminates the night of Akita

· Festival which walks down the street with a lantern, lowered on the bamboo
· One of the Tohoku 3 major festivals
· The highlight is actor's acrobatic handling of lantern

Kanto festival is one of the big 3 summer festivals in Tohoku,with the Sendai Tanabata festival, the Aomori Nebuta festival.
The scenery of a fantastic and powerful lantern act in the brave music is worth seeing. 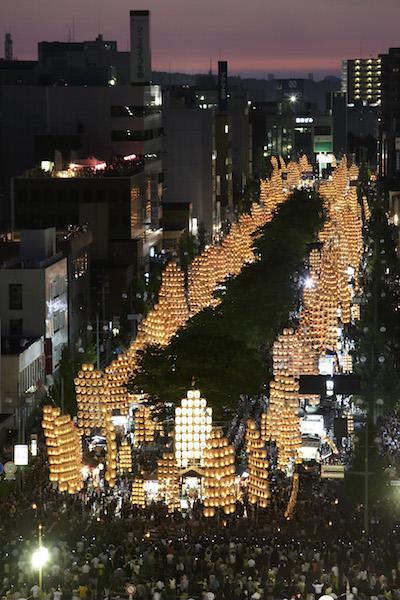 The Kanto festival is a festival that the actors walk along the street with balancing the bamboo rod which hanging plenty lanterns.
Around 280 rod will ride through the street, around “the Kanto boulevard”.

The festival site is the main street of Akita city

The festival site is within walking distance from JR Akita Station West Exit.
There are food stalls on the way along the site, I recommend you to eat something around here.
This “the Kanto boulevard” is exactly the name of Sanno Odori. About 800 m from Asahikawa in the east to the Sanno Crossroad in the west is the main site of "Yoru Kanto" which is the festival's climax.
By the way toll seat is set up in the middle strip of the street, free standing seat is halfway from the roadside belt to the sidewalk.

It is recommended to see from the sidewalk to enjoy festival

The start of the festival is 18: 50. So, it is recommended to wait a little while before.
Music begins at 18:50 all at once, and the lanterns come in.
The whole site is quite exciting with the sense of exhilaration of the festival. 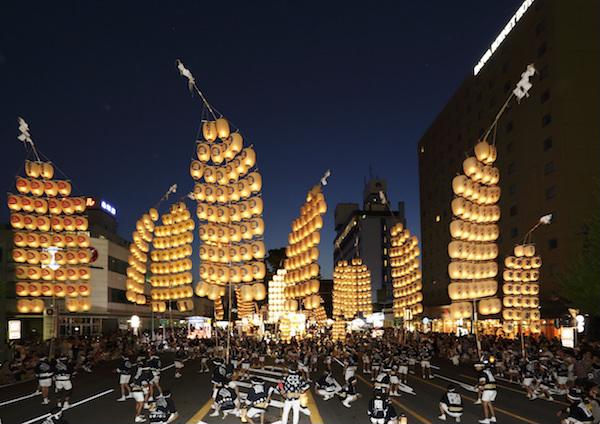 And, from 19: 25, (after a little mayor's greetings) start the performance.
The time of acting is about one hour. So do not move so much, it is recommended to stay your place that will make easy to see the festival, because people move during the performance.

Two point of view, the scenery and the acting

I think there are two points of viewing. 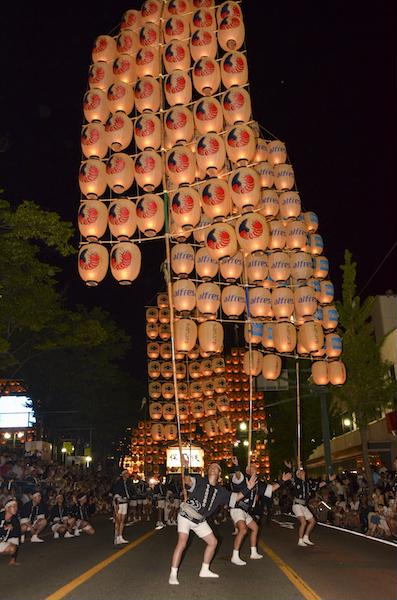 First, the beauty of the lantern when you looking up. The rod forested in the night sky is so fantastic.
I think that the lantern's "blurred" lighting is a Japanese-style beauty.
(Many Japanese summer festivals light lanterns at night, the image of which is stained in Japanese memories)
The second is the movement of actors. 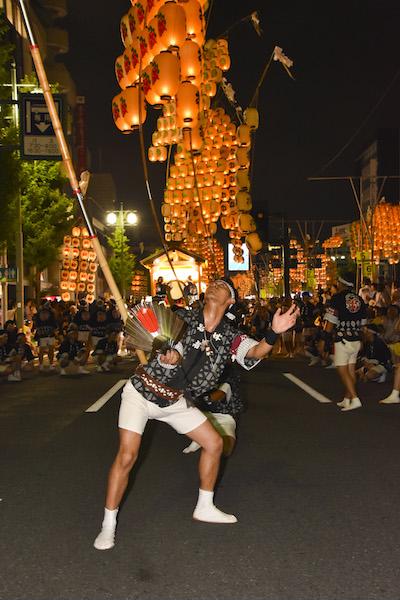 In the beginning, They act with putting it on their palm, gradually boldly putting on forehead, shoulder, waist.
And adding bamboo and letting the rod long they will. The sense of balance is amazing, and you will only look at people acting casually.
It seems like a autumn rice which fulfilled with plenty lantern, and it also seems to be a unique festival of " Autumn Harvest".
By the way, the time of pracitce is a valuable time that you can actually touch the lantern.
First come, first touch, so don’t be shy.

After that, "return lantern" is recommended too.
Although community is organizing lantern teams, after festival they return to their locals and act for the local people.
This is published and vacant, so you will fun in relax mood.
There are places near the festival site where you can see such "return lantern". That is "Kawabata dori".
It gets little bit crowded , but you can still see it relaxed. 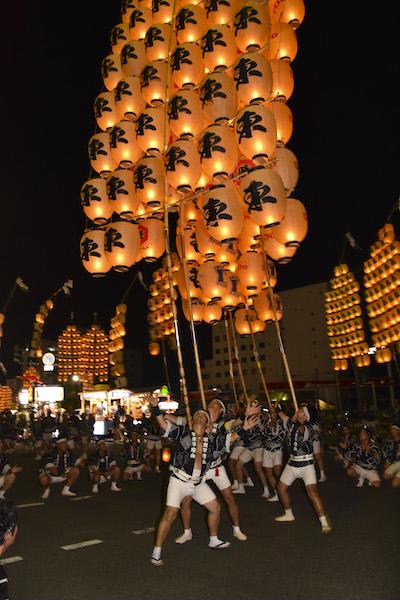 It is perfect for immersing in the festival's reverberation.