What is the Ainu race?

The Ainu are the indigenous people of Hokkaido who lived there before the Yamato people arrived from mainland Japan.
They had their own language and spread from the coast of Russia to Hokkaido through hunting and trade. 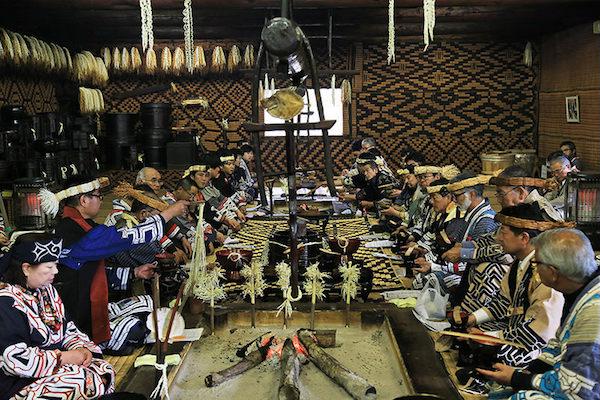 The Ainu Museum was built in 1984 to preserve the traditions of the Ainu culture, which is fading in our modern society.
The museum was also built in the town of Shiraoi, a place which has been home to many Ainu settlements since long ago.

After entering the site, visitors are welcomed by a 16m high statue of the village chief.

It’s so big!
This statue prays for the safety of travelers who visit here and holds a sacred Shinto stick with paper streamers,
known as ‘gohei’ in Japanese or ‘inau’ in Ainu, in its right hand.
The site is split into sections with a museum exhibiting various objects related to the Ainu culture and a village area reproducing the daily life of the Ainu. 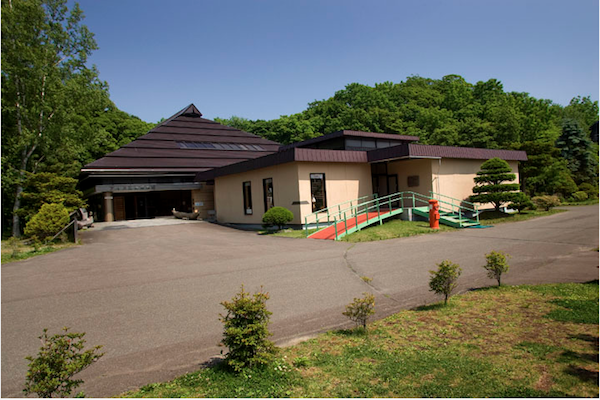 The museum allows visitors to learn all about the Ainu people through exhibits of artefacts relating to their culture,
their history and the tools they once used. 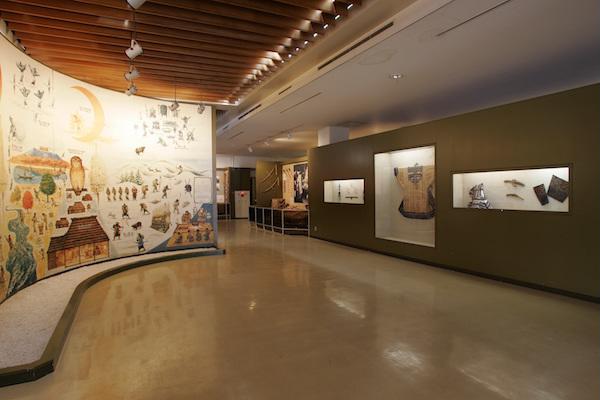 It is important to know about the history and structure of any culture,
but even more so for unique cultures which are threatened by oppression, assimilation and modernization.
Don’t give this a miss; come and learn about the wonderful Ainu culture!
In the village area, visitors can experience the daily life of the Ainu with a total of 5 thatched roof houses known as ‘chise’. 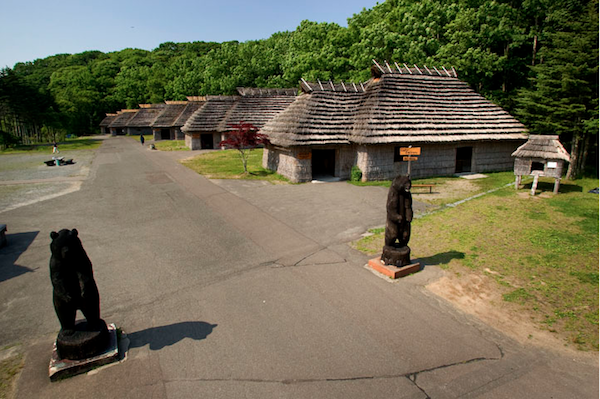 There are also Hokkaido dogs and brown bears in the village area.
In Ainu culture, the brown bear was at the top of Hokkaido's ecosystem and was worshiped as the most precious of the gods (Kamui).
Cubs were kept in the villages and ceremonies took place to send them back to the kingdom of the gods once they had become fully grown.
Hokkaido dogs were important hunting partners for humans. 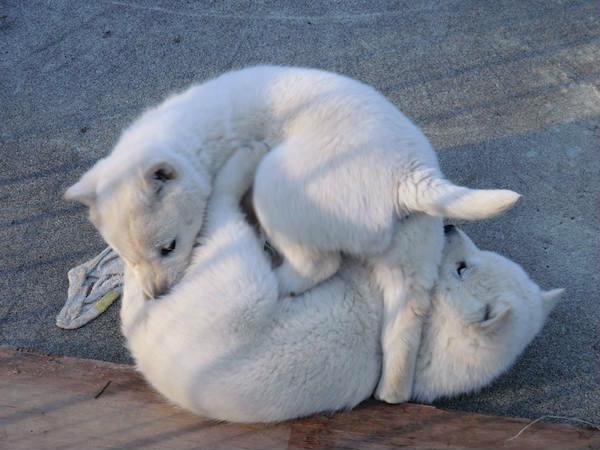 Several bears and dogs are kept at the museum to teach visitors about these Ainu customs.
There are also many experiences to enjoy here. 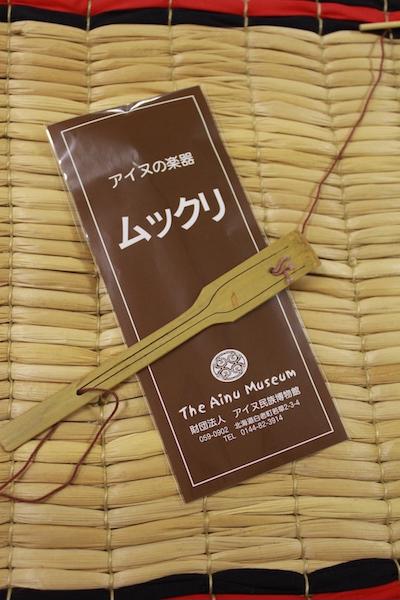 Visitors can learn how to make and play a ‘Mukkuri’, a type of traditional mouth harp,
as well as creating Ainu patterns through embroidery and sculpture which contain protection amulets in their design. 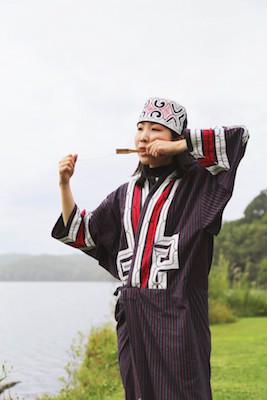 One experience not to be missed is the Traditional Ainu dancing.

The dances take place at the Fore House and the Next House, and begin at 3pm every day. 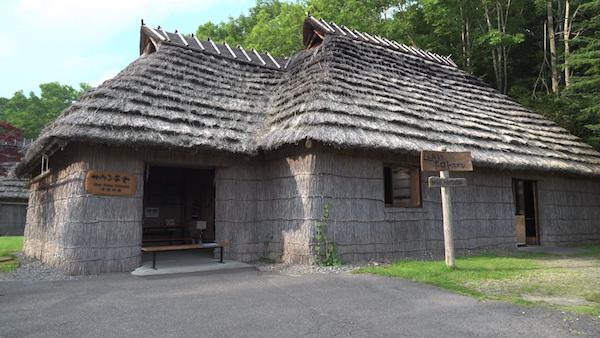 There is a limit of 170 places, so if you want to see the dance then take a seat inside the buildings 5 minutes before the start time. 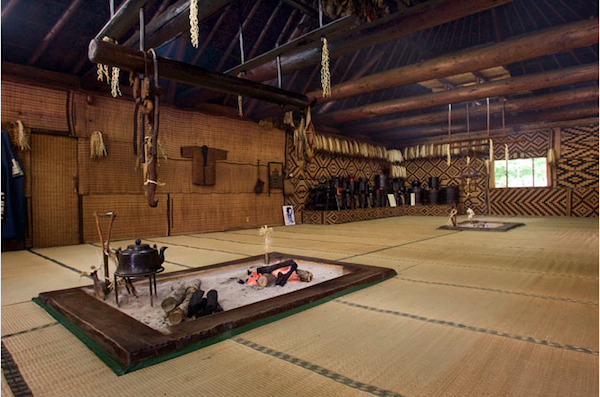 Firstly, a commentator will talk about Ainu customs and events for about 10 minutes.
Pamphlets containing this information are also available English, Korean, Thai, Simplified and Traditional Chinese, so tourists can also enjoy the explanation. 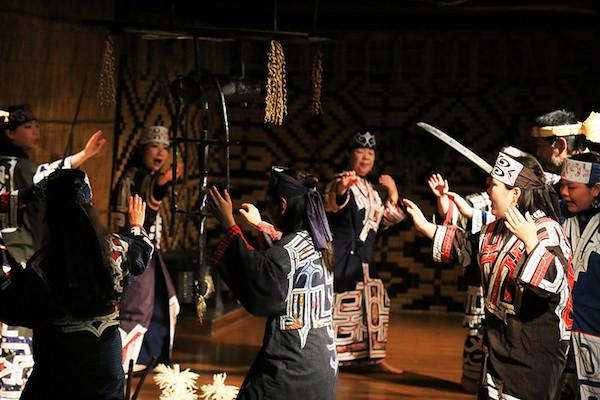 Once this has finished, the dancing begins.
There are many different songs and dances used by the Ainu for all occasions, including ceremonies, work and entertainment.
The Ainu people respected and coexisted with nature, showing their gratitude through songs and dances. 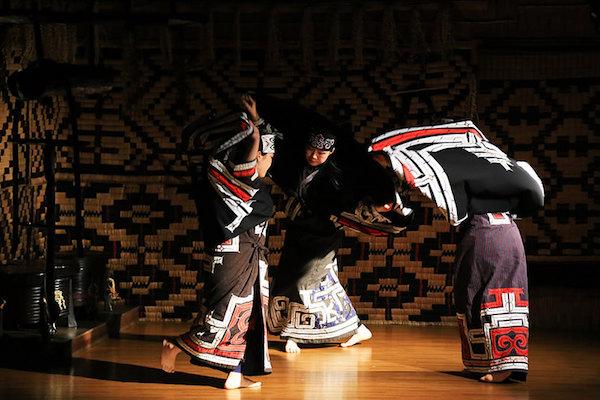 After seeing these performances, you will surely be able to understand the feelings of the Ainu people. 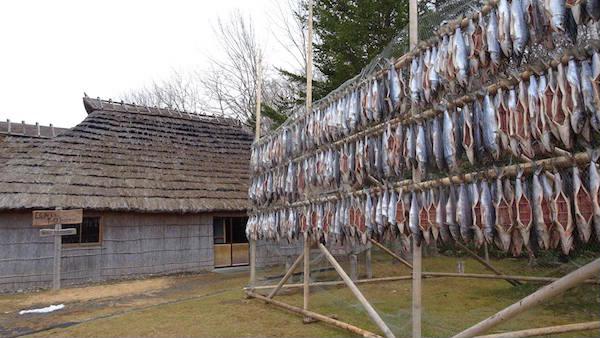 The Ainu Museum is next to a lake surrounded by nature,
so you can head down here after watching the dances and think about the daily lives of the people who lived back then. 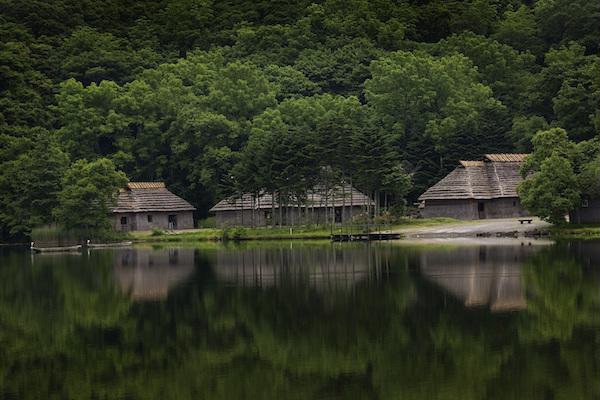 During winter, the entire lake freezes over creating a magical scene. 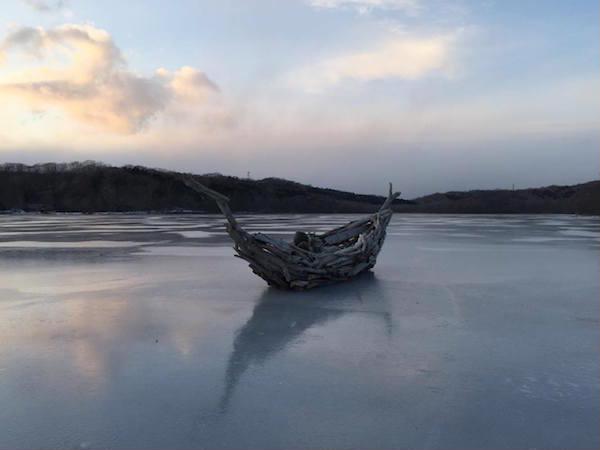 There is also a museum shop where visitors can purchase souvenirs.
The museum staff recommend a carved wooden pendant (1,600 -5,000yen). 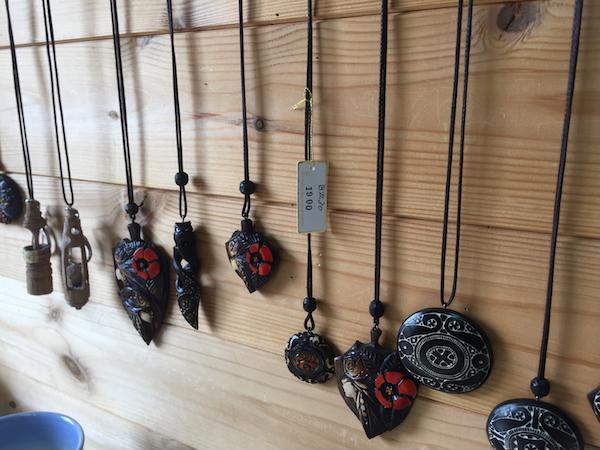 The museum will be temporarily closed from the end of March 2018, and there are plans to expand and reopen it as a national museum in April 2020.
If you would like to visit, please check the museum’s official site first.
http://www.ainu-museum.or.jp/link_data/notice_closed.pdf