Narai-juku: Visit this postal town in Nagano and travel back in time to good old Japan

• A postal town on the Nakasendo highway built by the Edo Shogunate
• The edo atmosphere stretches for 1km along the street
• The old world scenery of timber framed houses, lacquer ware shops and drinking water running through the town is spectacular

The Nakasendo is one of the 5 highways built in the Edo period and the Narai-juku postal town sits right in the middle of it.
As Japan’s longest postal town, it was also the most prosperous earning it the name ‘Narai-juku Sengen’, sengen literally meaning 1,000 houses. 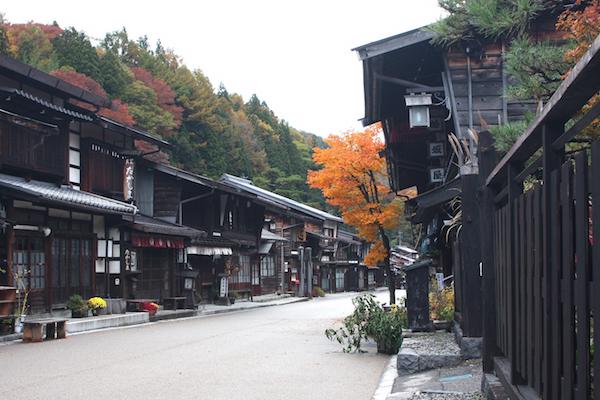 The entrance to the postal town is just a one-minute walk from the west exit of the JR Narai Station.
Apart from those belonging to residents, vehicles are prohibited inside the postal town so it is best to park at either the road station
along the national highway or in the parking lot at Narai Kiso No Ohashi Bridge.
From there, it is roughly a 300m walk to the town entrance.

Travel to the Edo period

As soon as you take one step onto the Edo street of this postal town, you will feel as though you have travelled back in time. 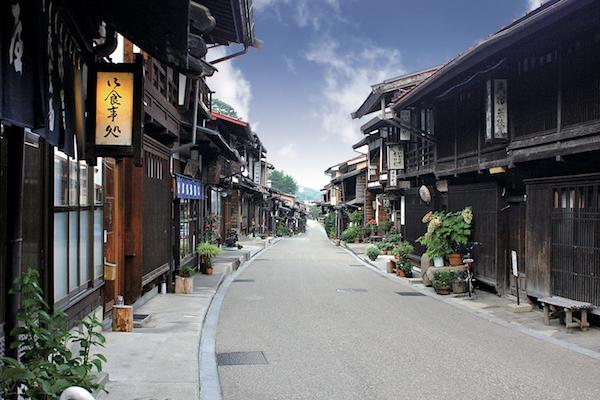 This street has been designated as an ‘important preservation district of historic buildings’ and so it is now necessary to preserve the old landscape.
The best part is how the timber facades of the buildings line each side of the street, stretching straight out in front of you. 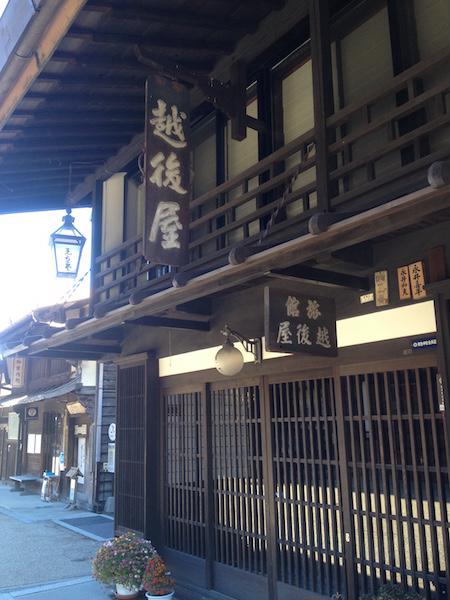 Enjoy a walk from one end of the street to the other.
The buildings have the distinctive architectural style known as ‘dashibari’.
‘Hari’ refers to the special features created by beams which cross over pillars horizontally and protrude through the walls, forming the eaves (hisashi).

Pay special attention to these kinds of features as you enjoy walking around the town.
Along the street, there is also a type of water fountain.
There are currently six places like this remaining in the town, and they are all maintained by the local residents. 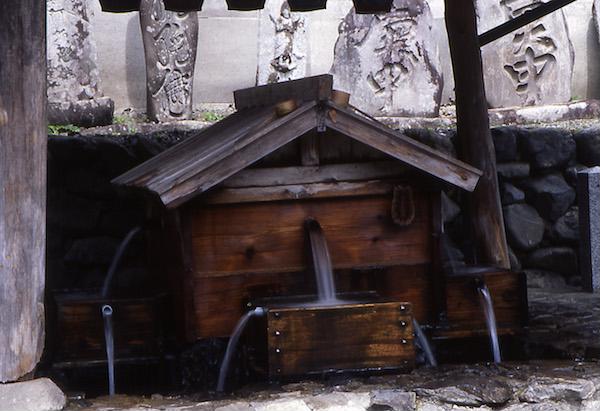 The clean water supplied from the mountains is drinkable.
Sometimes, you can even see locals drinking the water and it seems that they still continue to use it in their daily lives. 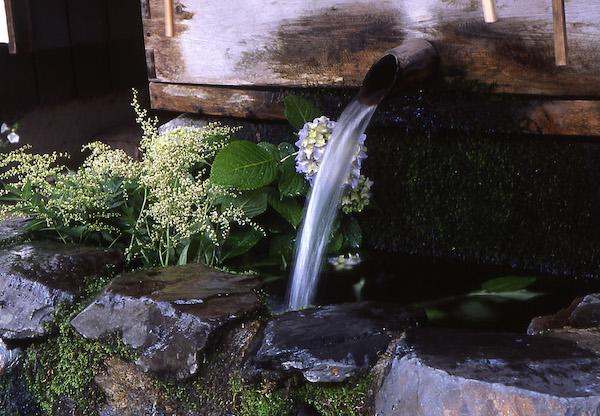 Plenty of shops to buy souvenirs of local food

There are plenty of souvenir shops to be found within this postal town.
Kiso is an area rich in timber and kiso’s hinoki cypress tree is particularly famous.
Round wooden boxes and lacquerware made from these trees make great souvenirs and gifts. 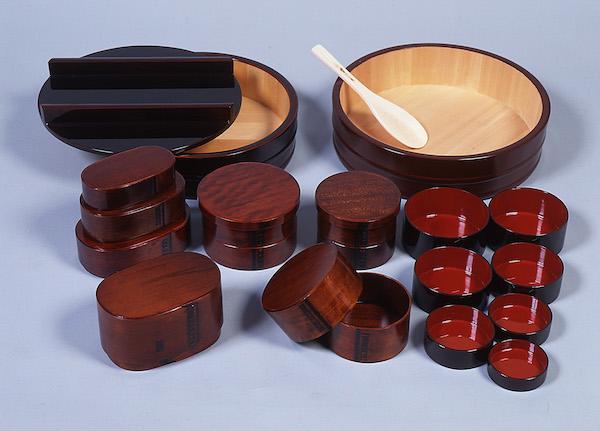 Chopsticks are also good as they’re not too bulky and they don’t cost much, either. 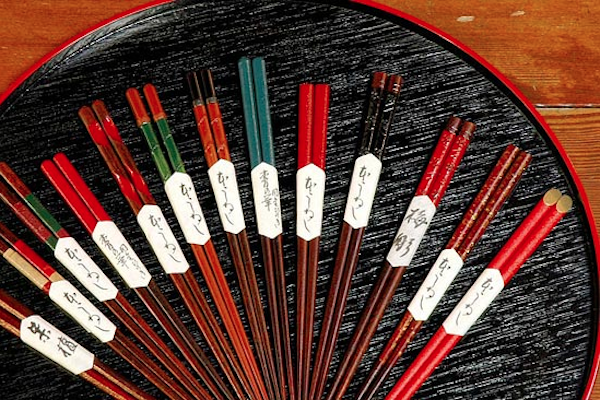 As for food, why not try two of Nagano’s local delicacies, ‘gohei mochi’ and ‘oyaki’.
These can be bought at the shops and eaten while walking around the town and enjoying the atmosphere. 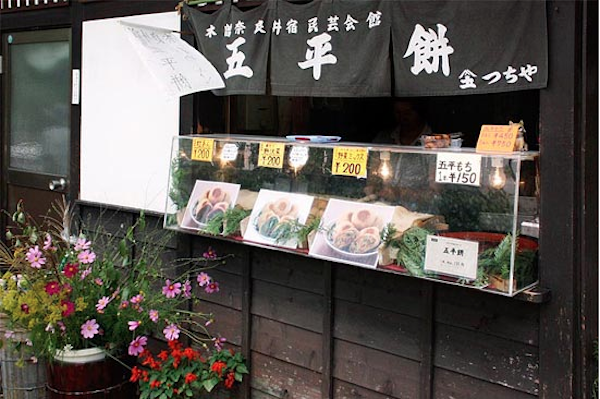 The oyaki are flour buns baked and filled with vegetables, including strips of dried radish and nozawana, a Japanese leaf vegetable. 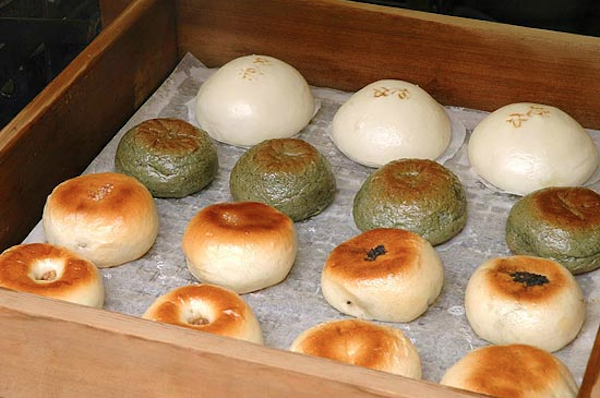 Gohei mochi are rice cakes moulded into an oval shape and baked with sweet miso.
Each shop creates their own shape and uses their own sauce.
Have fun trying all the different varieties to find your favourite. 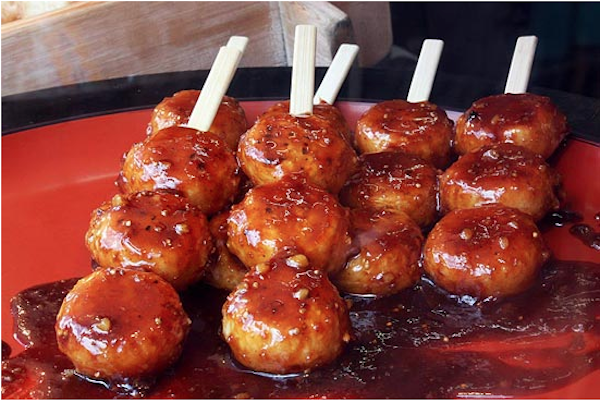 Take note that the gohei mocha is the local speciality of Kiso, while oyaki is from the northern region of Nagano.
Also, oyaki is very filling so be careful if you want to try other foods.

Look carefully as you walk around the town

There are other points of interest which have existed since the Edo period.
Watch out for these things while walking around and you’re sure to have more fun.
For example, walk through Narai-juku and you’ll find a large bend in the road. 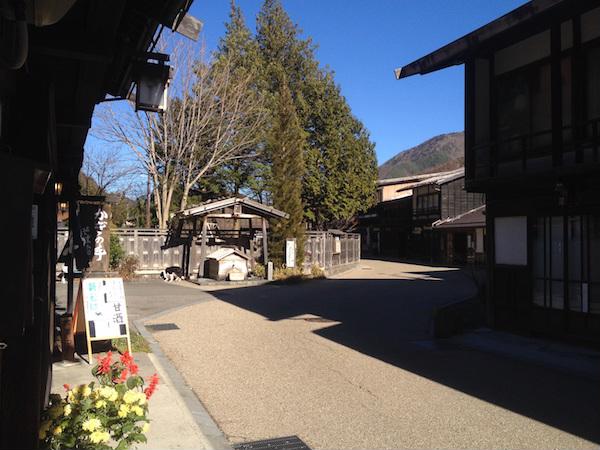 This place is called the 'kagi-no-te:Key’s Hand', and it have been created so as to slow down enemy and make it easier to defend. 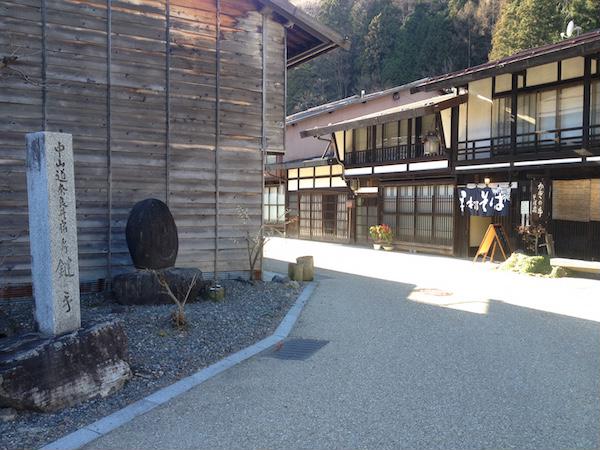 Another interesting feature is the name plates placed on the eaves of each house along with another plate.
This is the shop name which was used in the Edo period as people were not allowed to display their family name, unless they were samurai. 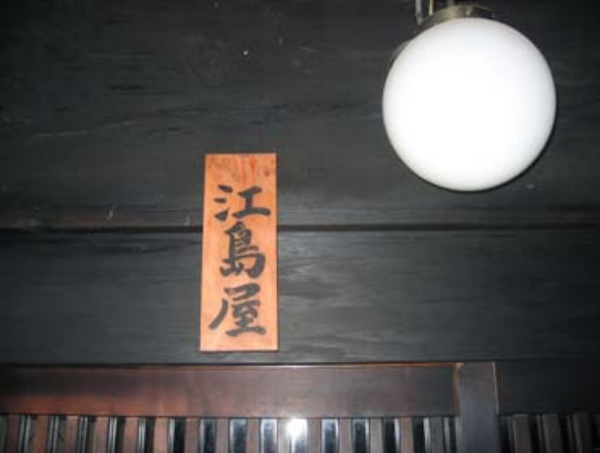 Many people chose their name plates in relation to their occupations,
so it’s fun to walk around and imagine what kind of work the people living there used to do.

The town of Narai-juku is so beautiful it doesn’t seem real,
but people do actually live here so let’s be careful not to disturb the residents while sightseeing. 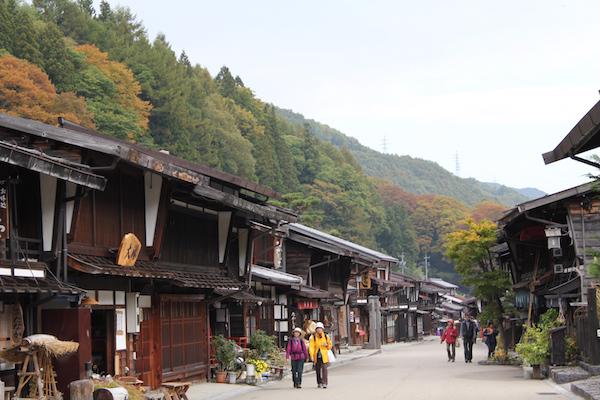 When I once visited on a summer’s evening, the young locals were practicing music for the upcoming festival, creating a wonderful sight.
The number of tourists decreases in the evening, so there may be more chance of having a glimpse into the lives of the locals who live here. 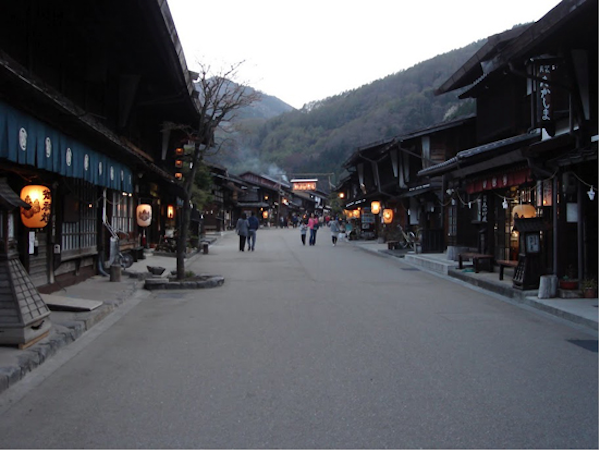 Why not stay a night at one of the inns and really experience the town? 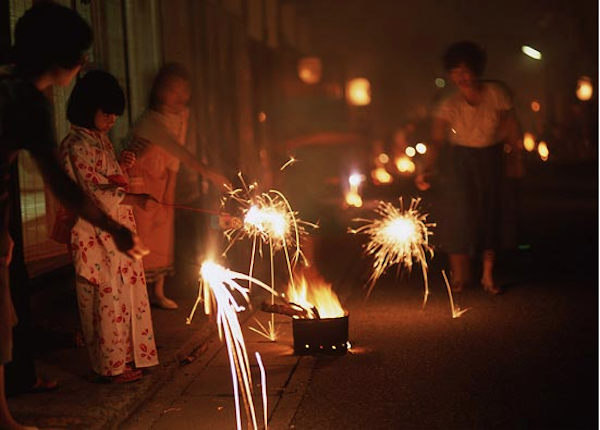