・A street lined with teahouses built at the end of the Edo Period and into the early part of the Meiji Period
・A teahouse (chaya) is a shop where you can call over geisha and enjoy teahouse entertainment
・If you walk around wearing a kimono, you can fully enjoy Japan.

What is the Higashi Chaya District (the West Teahouse District)?

The Higashi Chaya District is a traditional street that stretches approximately 130 m north to south,
approximately 180 m east to west, and is approximately 1.8 ha across in the northern part of Kanazawa-shi.
The district was opened in 1823 after receiving permission from the Kaga Domain. 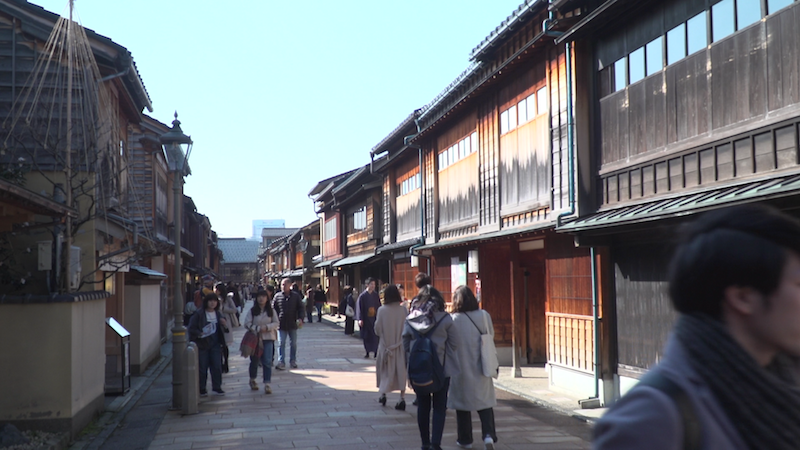 The traditional teahouse style buildings from the late Edo to early Meiji remain
and the district is nationally designated as a district to be preserved.

First off, what is a teahouse? 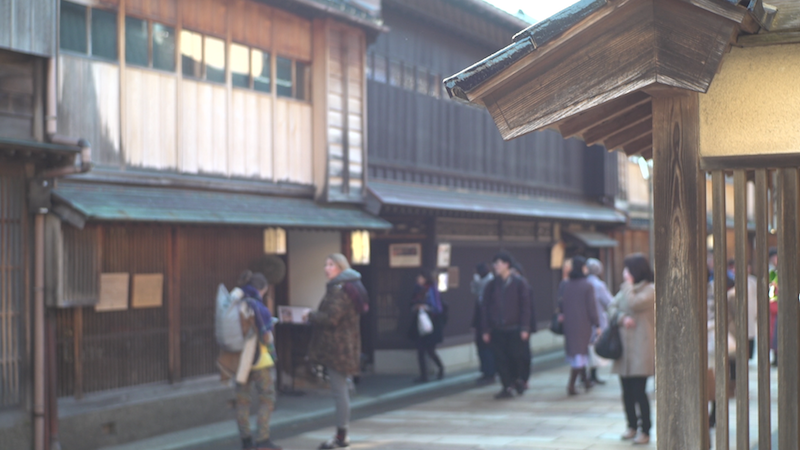 Because of this, it seems to be an activity that requires wealth and education.
(Apologies for lacking experience) 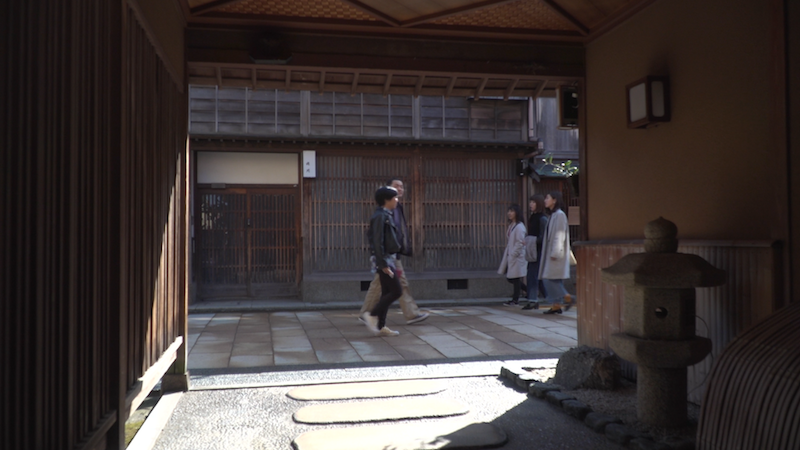 For your information, a lot of the teahouses do not allow for first-time customers,
making this kind of entertainment quite difficult to gain access to.

How to enjoy Higashi Chaya

In Higashi Chaya District, there are currently six shops doing business.
http://kanazawageigi.jp/chaya/higashi.html
However, because teahouse entertainment is quite difficult to access,
walk around the district and look at the buildings as a way to enjoy the district. 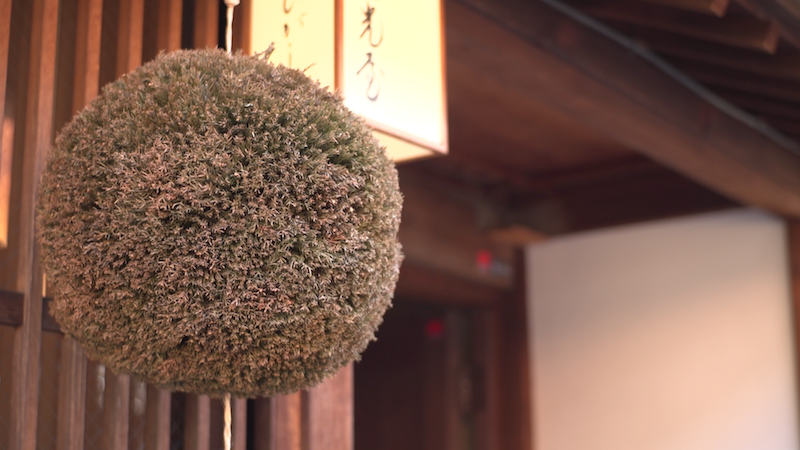 That leaves enjoying shops and cafes that make use of former teahouses.

The highlights of teahouse architecture

It is recommended that you look at Higashi Chaya District's main street by looking eastward from 2-chōme
(in the direction of Mount Utatsu). 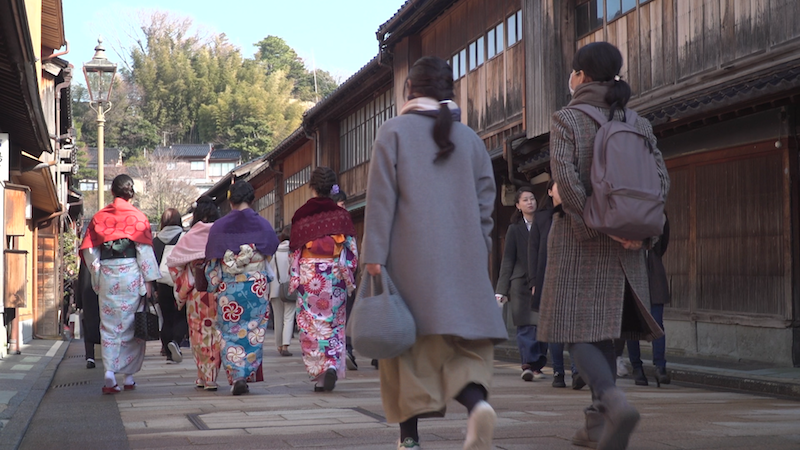 The stone-paved streets and wooden architectures standing along either side of the street are very picturesque.
These architectures have the distinctive feature of detailed latticework on their first floors.
This latticework is called kimusuko (latticework that resembles a wooden insect cage). 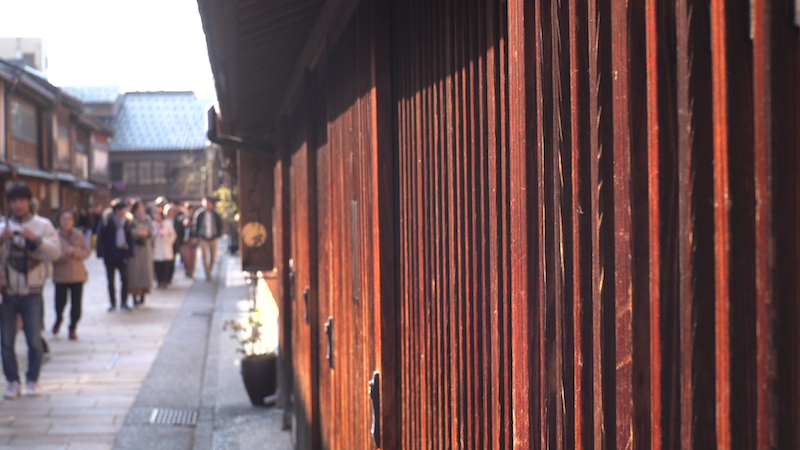 The lattices are made by lining up thin trapezoidal pieces of wood.
Because the wide bases of the pieces face the street,
it results in making it difficult to look in from the outside and easy to see out from the inside. 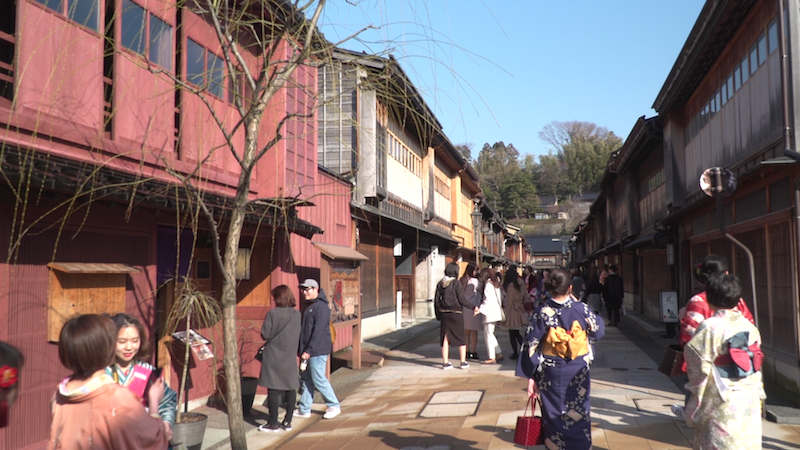 Red building on left side of photo is 'Shima'
In addition, we would like you to see Shima, which has retained its current form since it was built in 1820.
There is a fee (¥500 for adults, ¥300 for children) and it is open to the general public.
This is a precious building that is also a nationally designated Important Cultural Property.

Even more enjoyable if you walk around in a kimono

One thing that stands out when walking around on this street is the female tourists dressed in kimono.
Since it is definitely a picturesque district,
there is no doubt that it would be ideal for having your picture taken while walking around in a kimono. 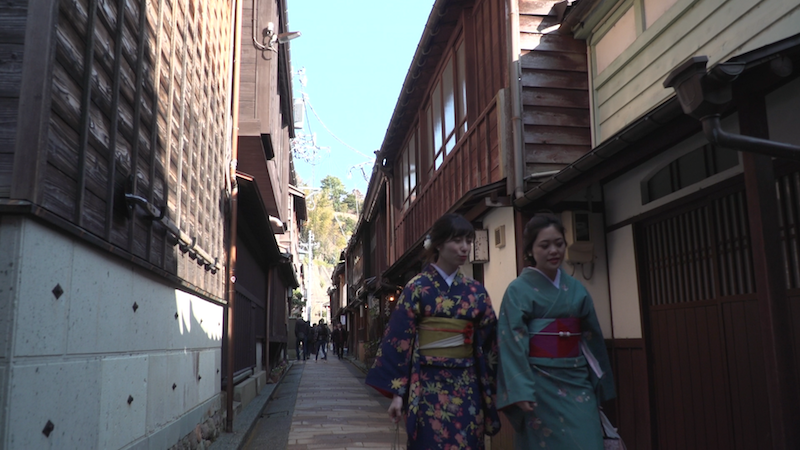 There are several shops in Kanazawa-shi that offer kimono rental services.
For example, Kokoyui
http://www.kokoyui.com/english/index.html
At this shop, you can experience wearing a kimono for a day for ¥5,000 (tax not included). 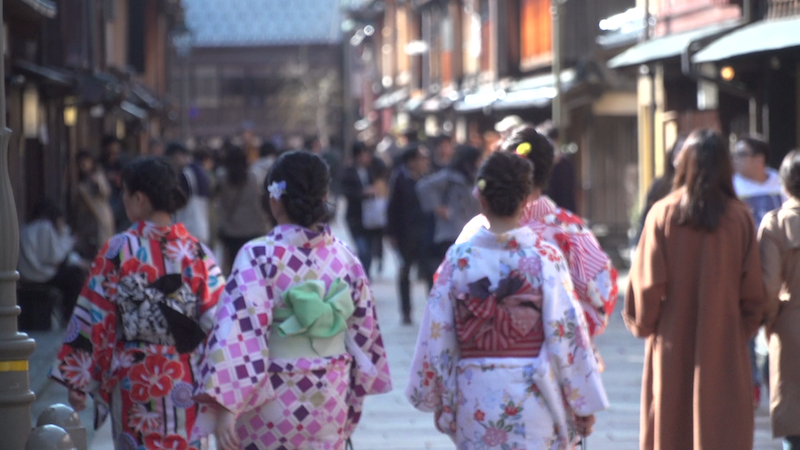