Fishing with cormorants in Nagara River

・A national important intangible fork-cultural properties.
・You can see awesome fishing by skillful cormorants and fishers from a spectator boat.
・Cormorant fishing is held almost everyday from May 11th to October 15th.

The Nagara River is one of the “three major clean streams in Japan”
that flows from Mt. Dainichigatake in Gujo City, Gifu Prefecture to Ise Bay in Mie Prefecture. 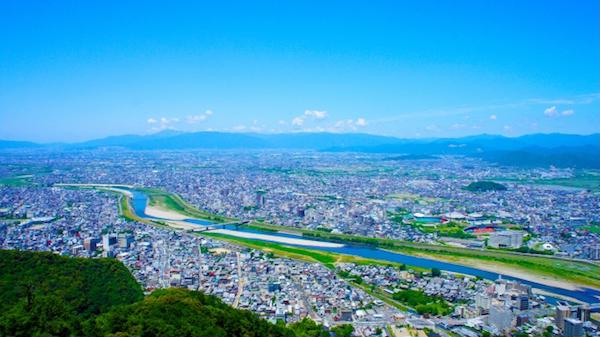 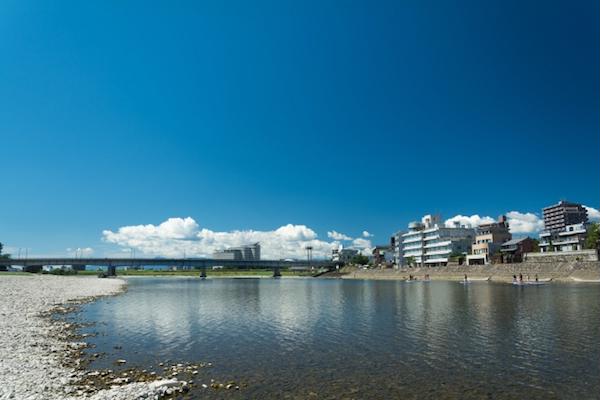 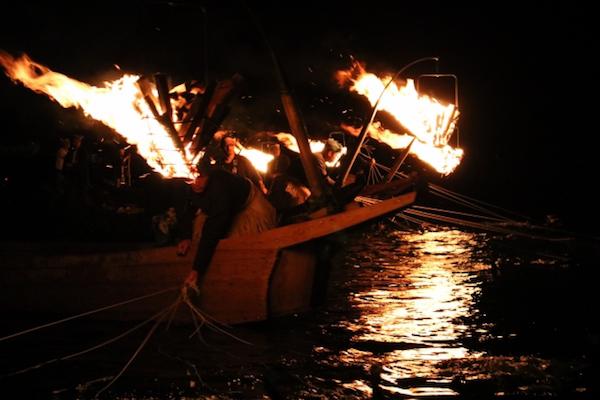 Cooperation with cormorants and humans, the sound of hitting the gunwale with oars, the encouragement from the fisherman to cormorants,
and the appearance of the fire reflected on the surface of the water seems to have time slipped in the past. 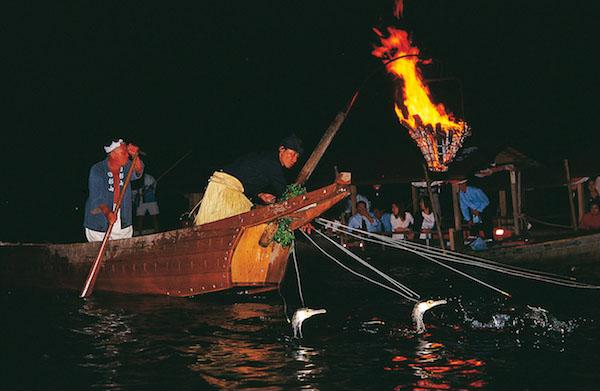 History and beginning of the cormorant fishing in Nagara River 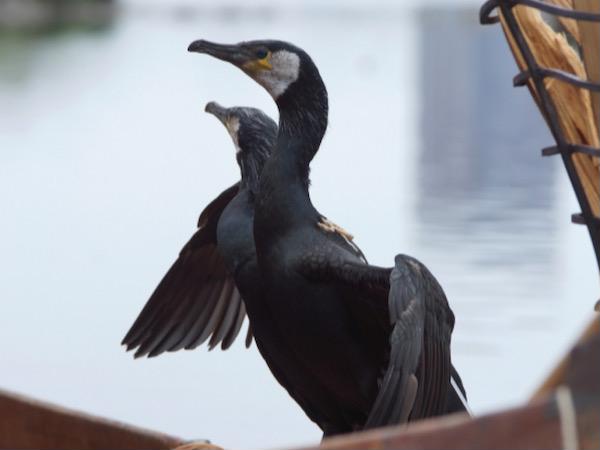 Cormorants have ropes around their necks that prevent them from swallowing fish caught in the river.
The fisherman then catches the fish that the cormorant spits out.
Fish lose consciousness when they caught by cormorants. Therefore, the fish remain fresh after being caught.
This means that they can catch fresher fish than using a fishing rod or net.
This seems simple, but the strength and the way of tying the string around the cormorant’s neck are important and require skill and experience. 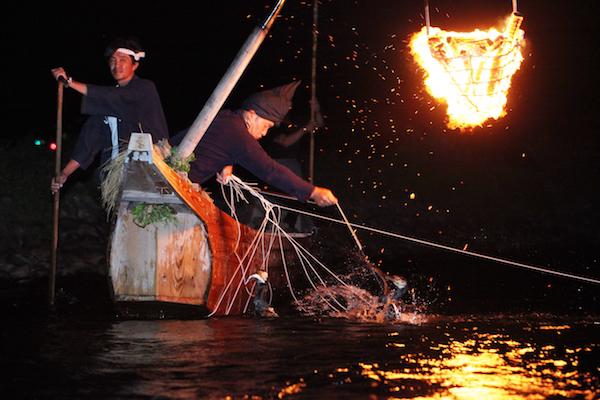 The cormorants which have gained experience seem to be familiar with where in the river the fish are.
The fisherman supports the cormorant while watching the movement of the string tied around the cormorant’s neck and the condition of the river.
Humans and cormorants form the best teamwork to catch fish. 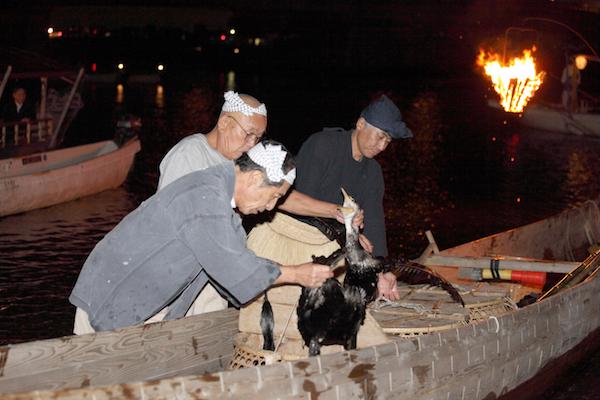 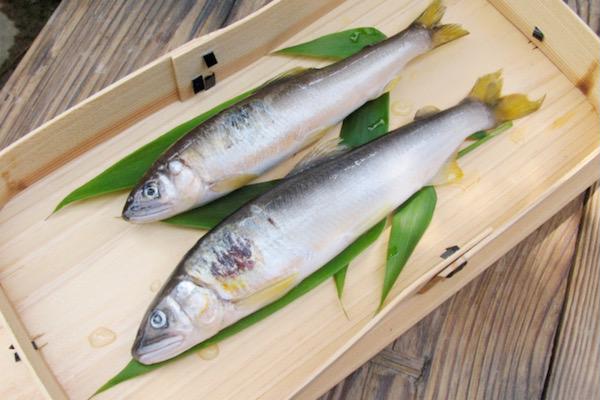 The time when cormorant fishing started in Japan dates back to the Kofun period (from the middle of the 3rd century to the end of the 7th century),
and is recorded in the “Kojiki” and “Nihonshoki” (important Japanese ancient books).

For example, Gifu is famous for Nobunaga Oda.
There is a record that he also used cormorant fishing to entertain guests.
Tokugawa Ieyasu also liked cormorant fishing when he visited Gifu after the summer campaign of the siege of Osaka (1615).
It is said that Gifu’s famous Sweetfish sushi came to be offered to the shogunate.
What should you do to see such cormorant fishing?
I will teach you how to experience it.

There are shared boats and charter boats, which operate daily from May 11th to October 15th during the festival period,
except during the cormorant holiday and when the river is flooded.
All boats are operated by the Cormorant Fishing Spectator Boat Office in Gifu City.
You can reserve it by phone or homepage. 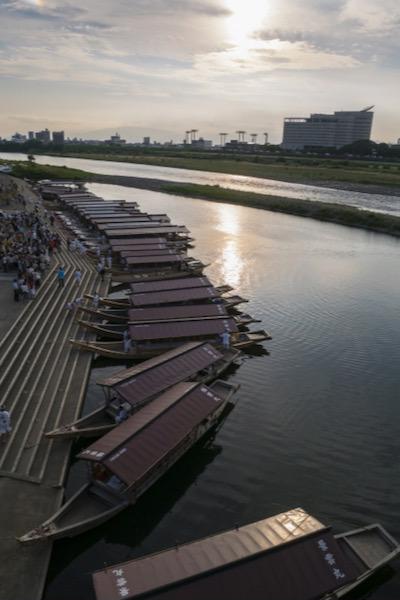 The shared boat capacity is about 20 to 30 people.
You can choose the departure time from 18:15, 18:45, 19:15.
If you want to eat dinner in the boat, I recommend that you board a boat that departs 18:15 or 18:45.
I’m sorry to say you can’t eat the fish caught at the time on the boat,
but you can arrange a lunch box at a local restaurant and bring it to the spectator boats.
Bringing lunchbox is free.
For the limited number of days, the spectator boat office also has a set of the lunchbox, drink, and boarding fees, so please inquire.
In addition, if you are staying in the surrounding area, some hotels can arrange meals and a set of boats.
The charter boat is available for 15 to 50 people and the fee changes depending on the number of people.
Departure time is after 17:30 and reservation is phone only. 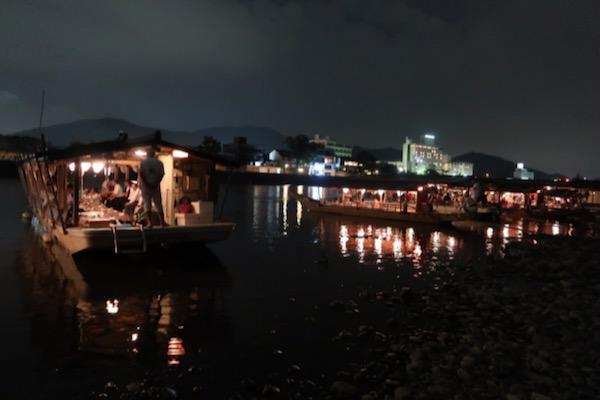 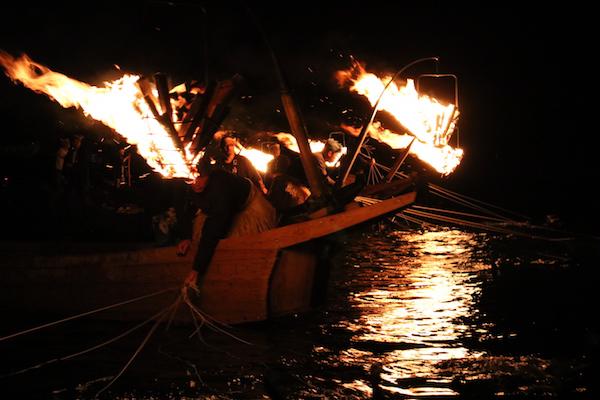 How to enjoy cormorant fishing enough? 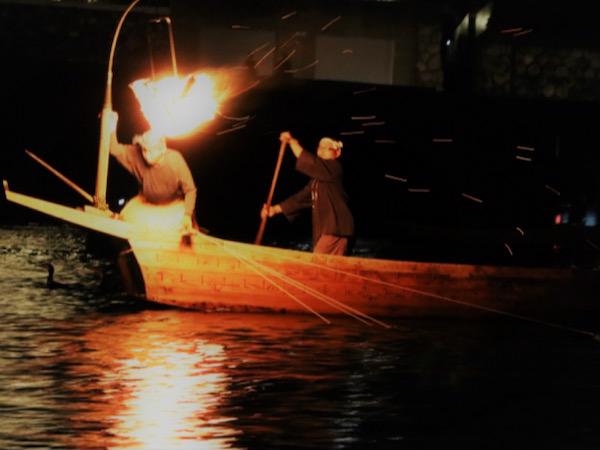 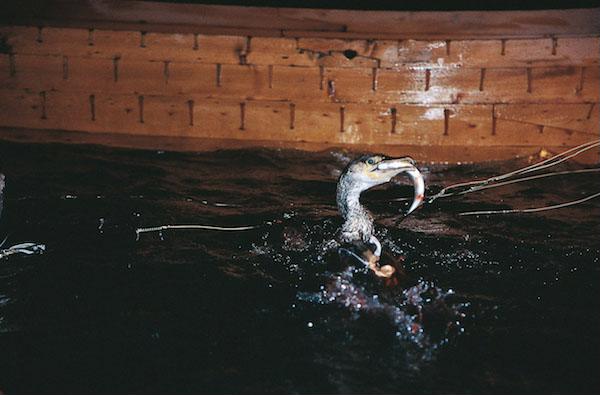 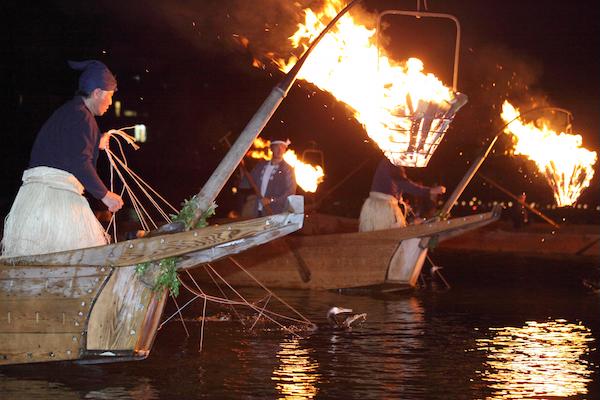 The appearance of a flame on the surface of the river is emotional.
Powerful traditional fishing is worth seeing.
By the way, it is very crowded from July to August, so I recommend June and September.
At this time of the year, the climate is so cool and you can see the cormorant fishing comfortably.
If you go in May or October, it’s cold above the river, so it’s best to wear warm clothes.