・The aquarium using the closed school building spread popular through reviews and Social media.
・Local sea creatures and stuffed sea creatures are on display.
・Fish swim in the pool and vaulting horse!

Have you seen an aquarium that uses school building?
It may sound like a lie, but such an aquarium is actually in Muroto City, Kochi Prefecture!
That is the Muroto Schoolhouse Aquarium.
It is an aquarium created by reusing the Siina Elementary School, which was closed in 2005. 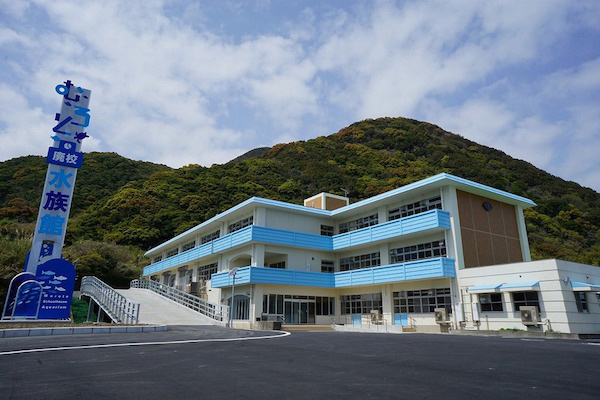 Opened in April 2018, this unique aquarium quickly became a hit.
The reason is the unique exhibition method that takes advantage of the characteristics of the school building.
And the visitors can remember the nostalgic elementary school days. 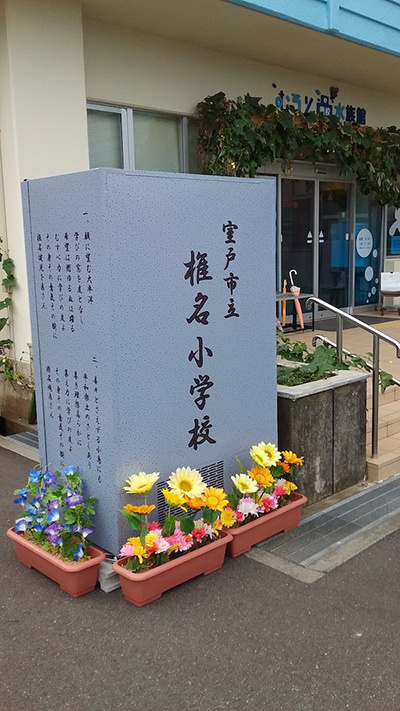 What kind of fish are there?

There are 50 kinds and more than 1000 Marine lives are displayed.
Muroto City, Kochi Prefecture, is a town with a thriving fishing industry with the sea in front of there. 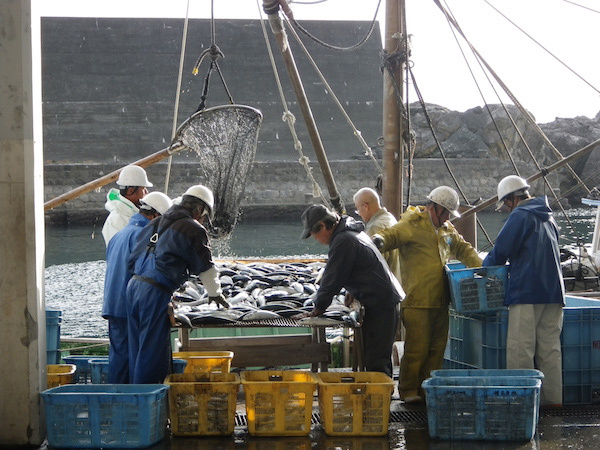 So, fish and sea turtles caught in stationary net are also displayed.
In other words, it is an aquarium rooted in the local area where you can meet the sea creatures unique to the local area. 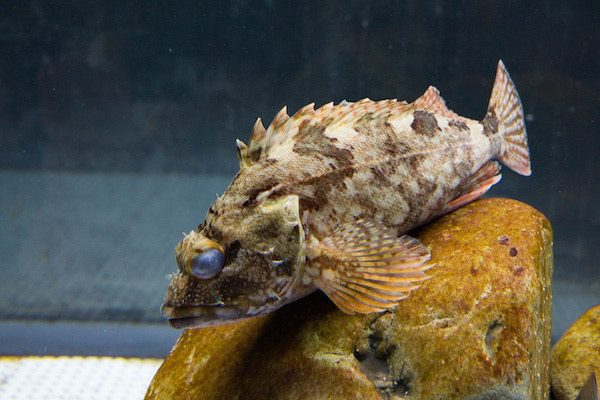 This is a valuable tourist spot where you can appreciate “Galapagos green turtles”, “Hammerhead sharks”,
“Moray eels” and “Japanese amberjacks”.
In particular, galapagos green turtles are rarely seen near Japan.
It is only exhibited in 7 aquariums in Japan!
You can enjoy it here. 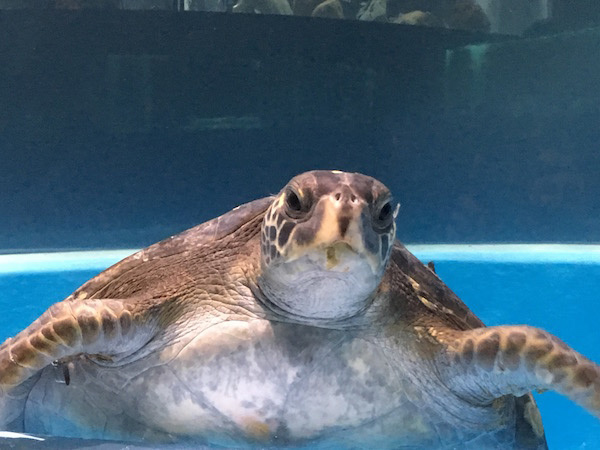 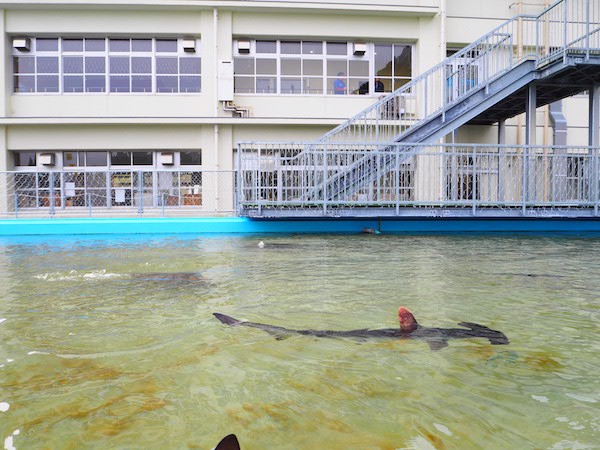 What unreal view of sharks swimming in the pool!
It is the true worth of this aquarium.

Even this kind of thing is used as a fish tank!?

It’s an aquarium that uses a closed school building, so you might be imagined they use the pool as a fish tank.
But here is an amazing fish tank that exceeds your imagination.
For example, washbasin!
At this aquarium, a long washbasin is filled with water and becomes a touch pool. 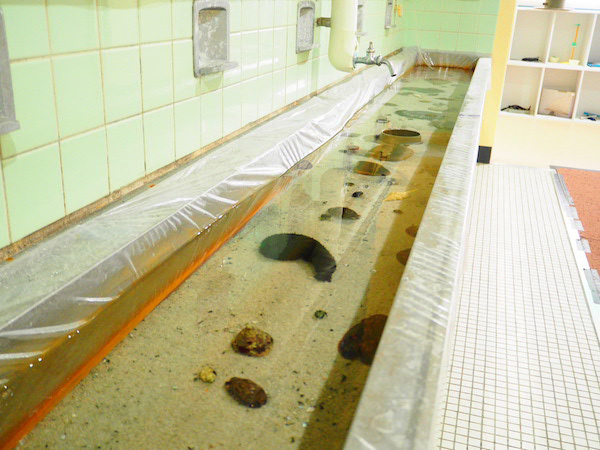 Of course, you can touch sea creatures in there.
The creatures on the beach, such as sea cucumbers and starfish, are on display.
If you grow up in the city, you can come into contact with creatures that you can hardly see.
So small children will also enjoy here.
There is also rare fish tanks that uses a vaulting horse.
You will be amazed by the many ideas to entertain visitors using the various facilities and equipment of the school. 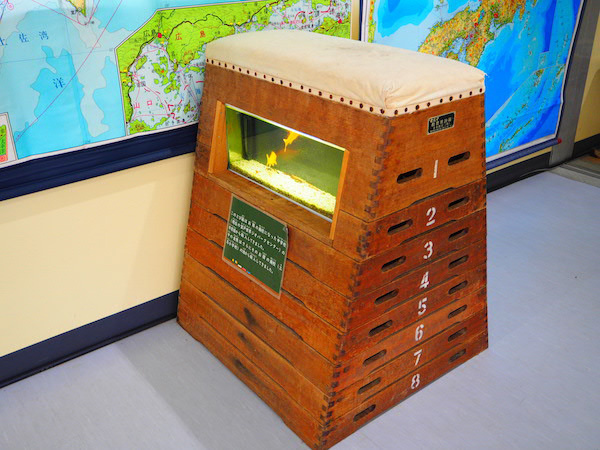 The school classrooms have also been refurbished, with a large cylindrical fish tank in the center.
There you will find sea turtles and rays swimming leisurely.
The appearance in front of you is not only powerful but also cute. 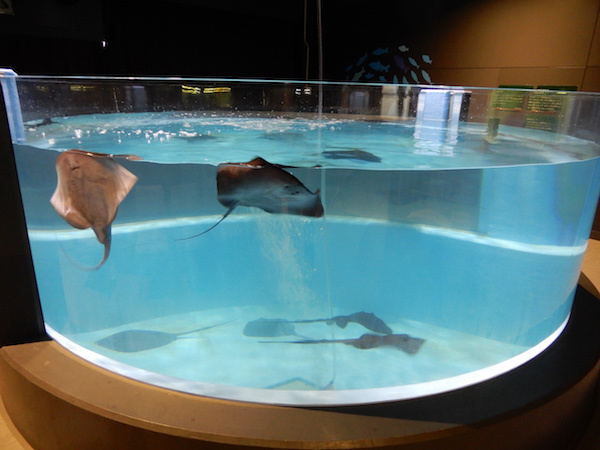 In addition, local sea creatures such as moray ells are exhibited in the many fish tanks lined up on the wall side of the classroom.

There are stuffed sea creatures in the corridors and classrooms

It is an aquarium that uses a closed school building, the corridors and classrooms remain almost as they were.
In the corridor, “science room”, “library room”, “home economics room”, etc., various stuffed sea creatures caught locally are displayed. 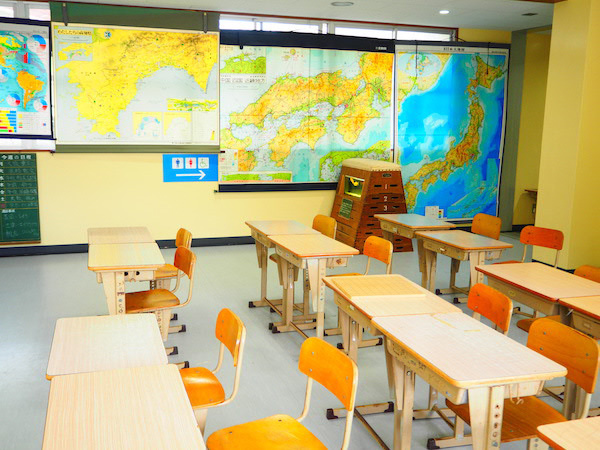 Access by car, it takes about 1 hour 40 minutes from Kochi Ryoma Airport.
There are several car rental shops near the airport and you can also take a bus from the airport.
Access by bus, take Kochi Tobu Kotsu Bus Aki Kannoura Line, and get off at the Muroto Schoolhouse Aquarium.
From the bus stop, about 1 minute walk to get there. 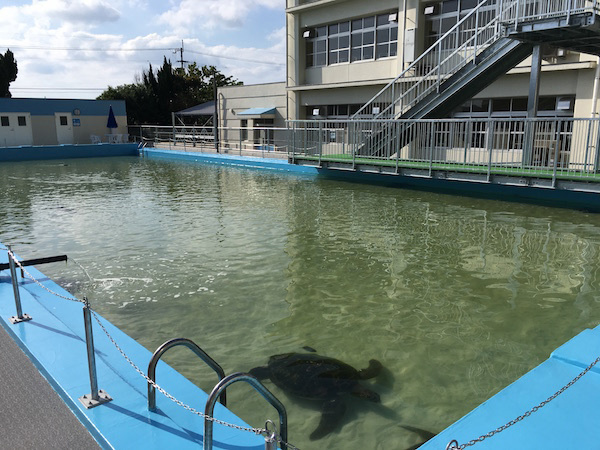 Morning or evening is recommended to enjoy leisurely

Although it is crowded on weekends and consecutive holidays, there are relatively few visitors immediately after opening and in the evening.
Furthermore, this aquarium is attractive because the admission fee is 600 jpy for high school students and above.
Be sure to visit a funny aquarium that can be enjoyed by both children and adults, using the entire school!