UFO Museum in Hakui, Ishikawa A strange museum where the employees are out of this world

・The only UFO museum in Japan
・See a real spaceship from NASA
・Are the staff aliens, too?

In Ishikawa Prefecture, a rural part of the Noto Peninsula, lies a mysterious museum…

When it comes to tourism in Ishikawa Prefecture,
there are several famous places where you can experience the tradition and culture of the castle town of Kaga Hyakumangoku,
such as Kanazawa Castle, the Higashi Chaya District, and Kenrokuen Garden.
But out in a more rural part of the prefecture, there’s also a surprising museum which can be found in Hakui,
a small town with a population of over 20,000 people.
The town is situated along the coast, 30 km north of Kanazawa, and from in among the countryside that surrounds it,
a disk-shaped building appears from out of nowhere.
No matter how you look at it, it’s a UFO… 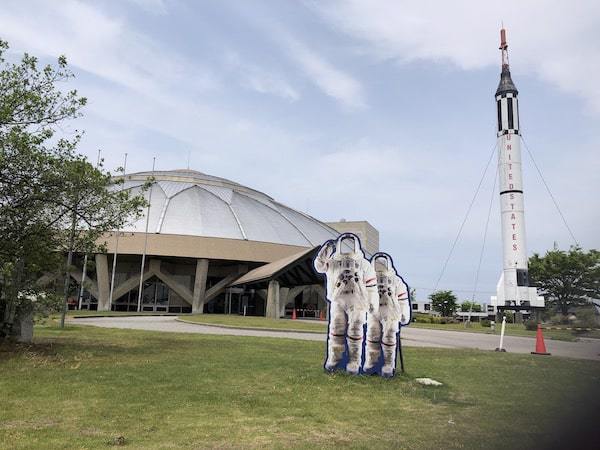 This is the Cosmo Isle Hakui Space Science Museum, or the “UFO Museum”.
But why does such a museum exist in a place like this?
Let’s explore the reasons behind this mystery and find out the true identity of this museum,
which can be enjoyed by everyone regardless of whether you’re a fan of the occult or not!

Hakui, the town of UFOs

Hakui is a 50-minute drive from Kanazawa, a popular tourist city. Facing the Sea of Japan,
this countryside town is famous for the Nagisa Driveway where you can drive alongside the coast.
This town has no astronauts and doesn’t seem to have any connections to space or science,
so why would there be a UFO museum? 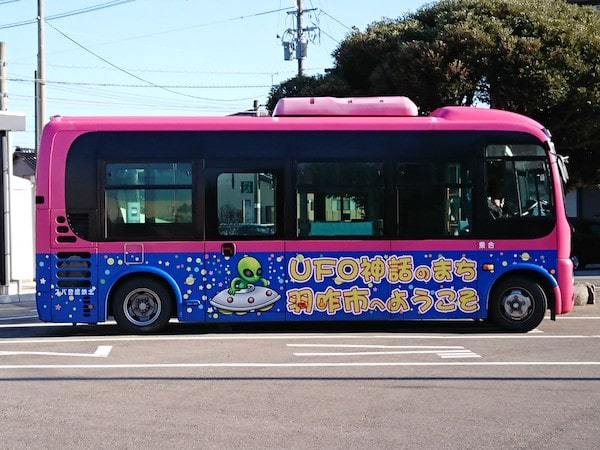 Pictured above is the “Run-Run Bus” which loops around the town and has “The Mythical Town of UFOs” printed on its side.
In fact, numerous UFO sightings have actually been reported in Hakui.
Over in the neighboring town is Mount Houdatsu—where Moses’ tomb is said to be—
and there are frequent eyewitness reports claiming to see mysterious objects shaped like pan lids flying from that direction.
I have actually seen this for myself!
It was the dead of night on December 31st 1991, and a white light suddenly appeared from the direction of Mount Houdatsu.
It stopped abruptly, flashed once or twice, and then disappeared. I was waiting for the bus while on my way to visit a shrine for New Year,
and the others waiting with me also claim to have seen it.
I found out that at the same time over on Chirihama Beach, a TV show was recording a large group of people channeling extraterrestrials,
so I am convinced it was a UFO.
Inspired by rumors surrounding Hakui, a civil servant came up with the idea of using the UFOs to revitalize the town,
which then lead to the UFO museum.
Inside you’ll find not only information about UFOs, but also spacecrafts that have been borrowed directly from NASA.
It’s because of this that they were able to establish a museum that attracts fans of the occult and space lovers alike,
which means the museum has become an important resource for tourism.
Now, let’s take a look inside.

Come see real space objects—and laugh at the fake ones, too!

Towering in front of the building is the Mercury-Redstone rocket (MR7) which was donated by NASA.
This rocket was used to launch two crewed flights for Project Mercury which began the year after NASA was established,
and it measures a total of 26.6 m in length. 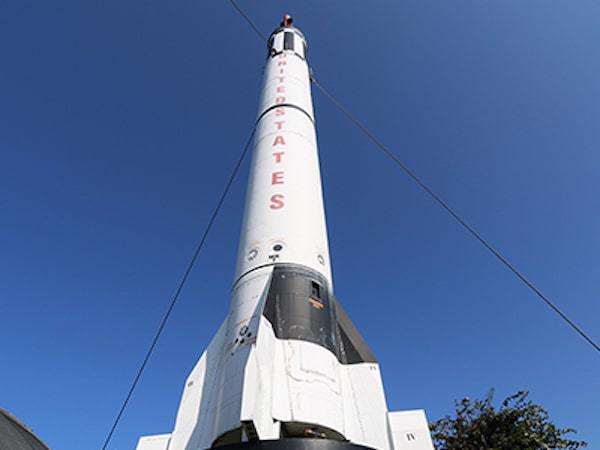 Both sections of the rocket are real and its fuselage is made from magnesium alloy, which means there’s almost no rust.
Since Hakui is located near the sea, steel replicas would quickly rust and cost too much to maintain.
The museum is in special collaboration with NASA.
With no budget, the civil servant who came up with the idea made every effort to create a museum that would have real spacecrafts and rockets on display.
He visited NASA alone and negotiated directly with their Director of Public Relations,
and when filling out the forms to state how many years he would like to borrow the items, he accidentally wrote “10 decade”.
The staff found this endearing, and the negotiations were settled.
It was decided that NASA’s Johnson Space Center would permanently loan these valuable items to Hakui. 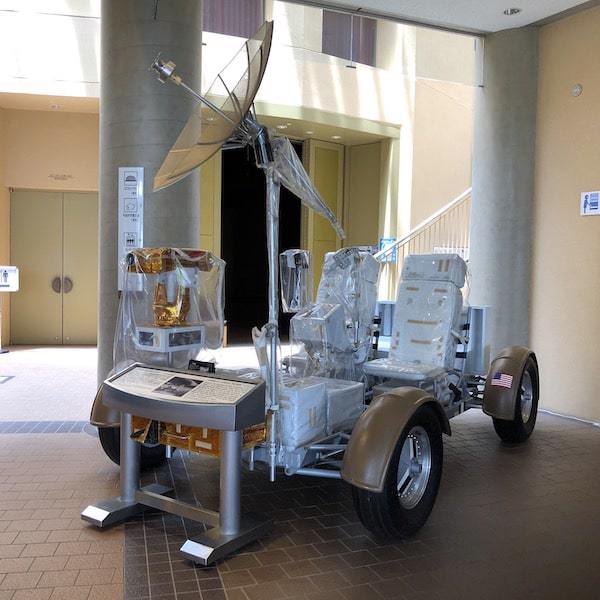 Enter the building and in front of the reception desk is a Lunar Rover.
Although it’s a replica, you can climb inside and have your photo taken. 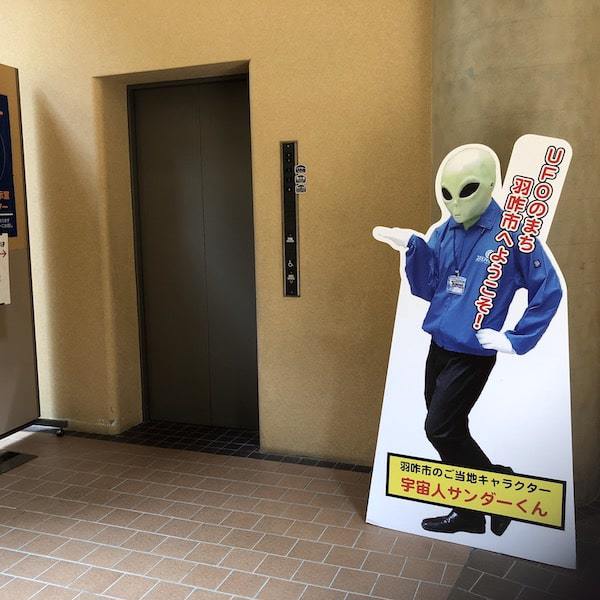 Pay the 400 yen fee and head inside.
Don’t use the stairs, instead take the elevator—a surprise awaits you.
If you step inside and press the button,
then inside the elevator will suddenly turn black and a wonderful starry sky will be projected around you.
Featured on the signboard is the alien employee, Thunder-kun.
Apparently he’s working here to earn money to pay for repairs on his spaceship after crashing in Hakui due to engine failure.
He’s often seen wandering around the halls, so if you’re lucky, you might have an encounter. 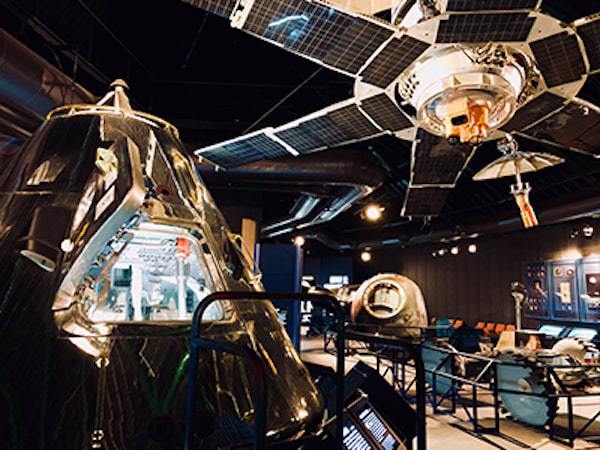 It's time to head into the museum.
The exhibition space is located on the second floor and isn’t overly big, but you can sense the romance of our magnificent universe.
There are spacecrafts, communication satellites, meteorites and a Mars Exploration Rover all on display.

Yuri Gagarin, who became famous for saying “The earth is blue,” travelled in this very spacecraft, the Vostock.
This is the real capsule that actually returned from space,
and you can clearly see the burn marks from when it entered back into the atmosphere. 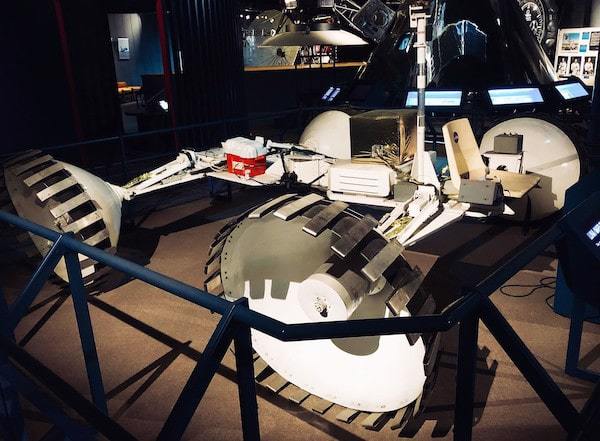 The Lunar Mars Rover is an experimental prototype made by NASA for Mars and lunar exploration.
Thanks to the museum’s special collaboration with NASA, they were able to borrow it on a 100-year contract.
Then there is also a Molniya communication satellite and the unmanned Lunar 24 probe,
both of which are real and were purchased from the former Soviet Union.
Every one of the exhibits on display are of high value.
However, there are also some rather strange items… 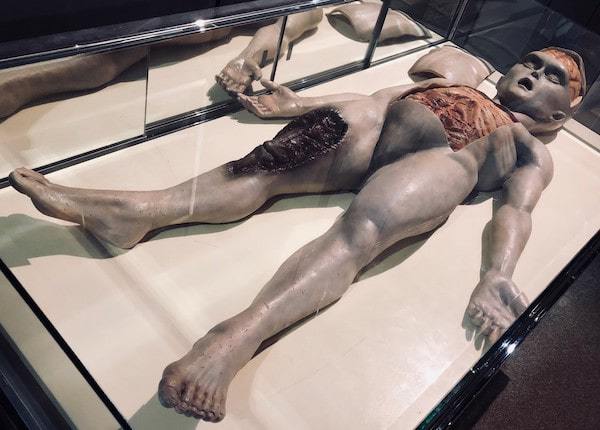 This is a model of an alien from the famous Roswell UFO incident. In 1947, a flying saucer crashed in Roswell,
a town in New Mexico, and everything was recovered by the military.
The UFO was then taken to their secret base, Area 51, where an alien dissection was apparently performed!
This model was created by a TV station based on images that were said to have been taken at the time of the incident.
It has 6 fingers and its brain is more developed than that of a human being.
Jun’ichi Yaoi, a world-class UFO researcher, is an honorary director of the museum, which is also full of information on UFOs.
This includes analysis of UFO phenomena witnessed from both earth and outer space, witness testimonies from around the world, and images.
There’s also the monthly magazine, Mu, which is popular among lovers of the occult.
The first floor of the museum is home to the Cosmo Theatre, a 3D planetarium with a dome-shaped screen where you can enjoy being in space.
There is a program of daily showings that cover different themes, including the universe, star constellations, and science.
Entry is 500 yen extra

Find plenty of interesting items in the souvenir corner

The souvenir corner sells a wide range of items, from authentic, space-related items, to fun, UFO-related ones. 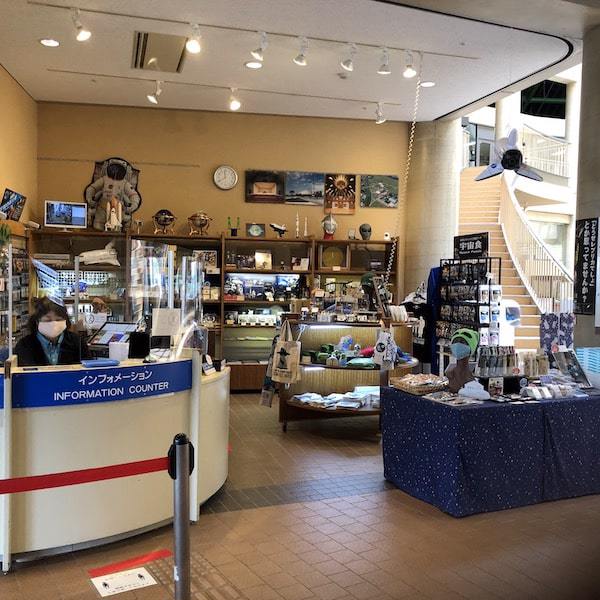 When I visited, Thunder-kun was working in the staff room round the back of the souvenir corner. 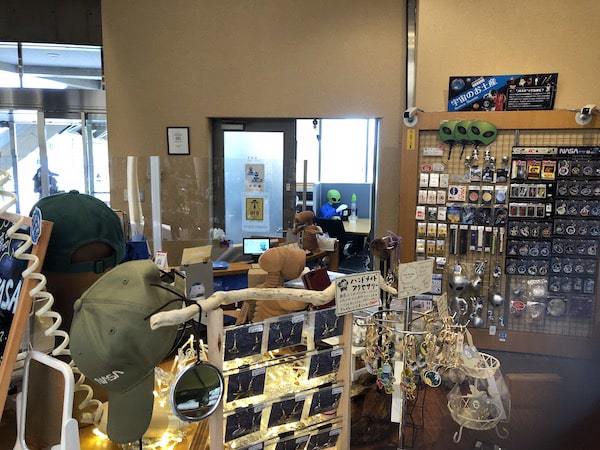 His personal recommendation is space food (from 540 yen to 650 yen).
This is a type of dried food that has been produced using the same freeze-dry process used to create the food eaten by astronauts.
There are a wide variety of different products, including a curry they actually use over at the International Space Station,
and a reproduction of the ice cream that was used during the Apollo program era.
But when I went, there was a mask available for 700 yen which caught my eye.
It was in a galaxy print, with stars and planets twinkling away.
The UFO Museum, home to spacecrafts from both NASA and the former Soviet Union,
is a unique museum full of the romance of space and UFO wonders.
If you want to experience something different while in Japan, then you should definitely visit.
Thunder-kun is waiting for you, too!
(writer FUKAI Kimiko)