・An open-air museum covering 54.2 hectares
・Experience how those who developed Hokkaido during the Meiji period would have lived
・See the rows of buildings that feature in the popular manga, Golden Kamuy

The Kaitaku no Mura, or Historical Village of Hokkaido, is located about 15 km east from the center of Sapporo City.
This open-air museum is home to buildings dating from the Meiji and Taisho periods (1868 to 1926),
which have been relocated from all over Hokkaido and restored on site.
There are rows of 52 buildings within these vast grounds, which cover 54.2 hectares. 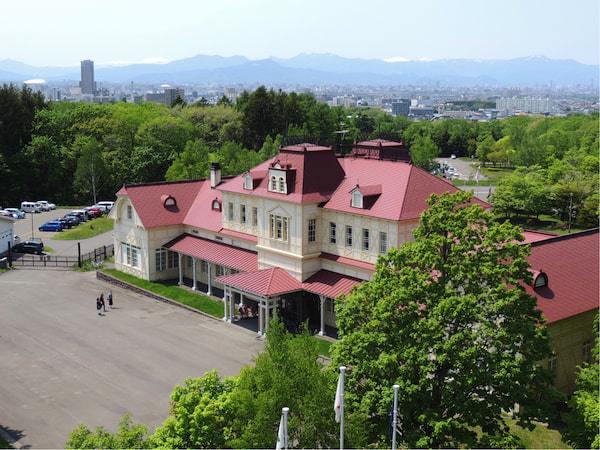 The museum is divided into four areas—the Town, the Farming Village, the Fishing Village, and the Mountain Village.
All of the different buildings allow you to observe and experience what life would have been like for those living in each area back in the day.
The Fishing Village features a row of buildings found along the coast of the Sea of ​​Japan, where the herring fishing industry flourished. 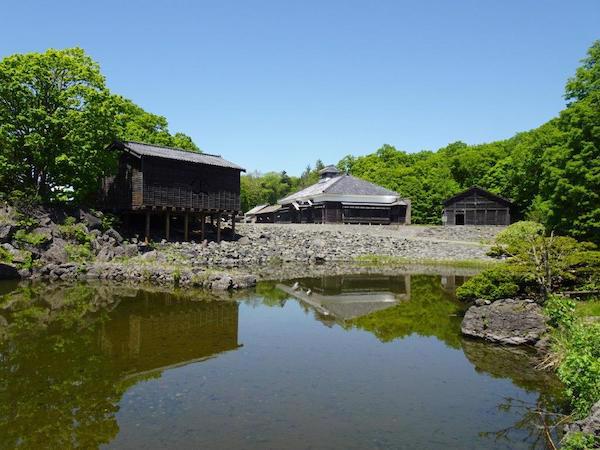 Back then, large amounts of herring were caught in Hokkaido, and with a number of uses, it proved to be highly profitable.
Dried herring fillets known as “migaki-nishin” were eaten, the fish oil was used as fuel, and the leftovers were used as a fertilizer.
For several months during the fishing season, it was possible to make enough money to live comfortably for a whole year.
The owners of the fishing nets and vessels lived in mansions called “Nishin goten”, which literally means “Herring palace”.
The boats that were used in herring fishing are displayed around the Fishing Village, and you can learn all about this prosperous past. 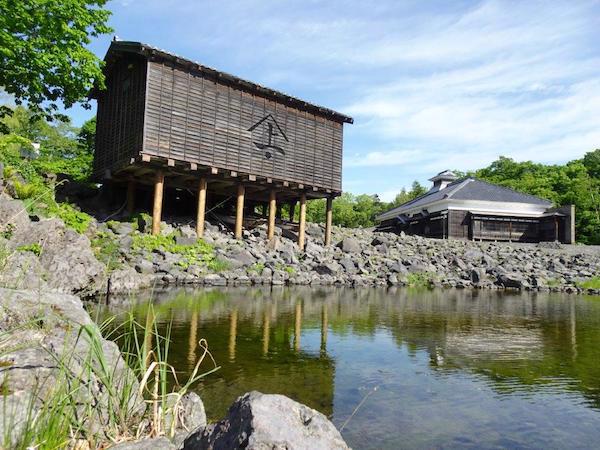 The Farm Village has all sorts of buildings on display, including a station building and a farmer-soldier’s house.
Hokkaido back then had immigrants from all over the country,
so try and see if you can spot the characteristics of different areas in each of the buildings. 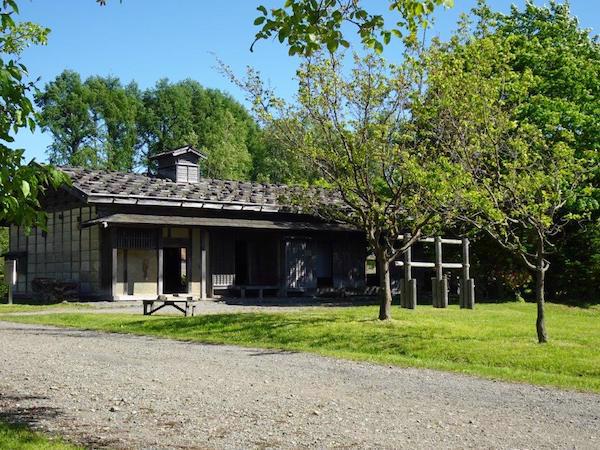 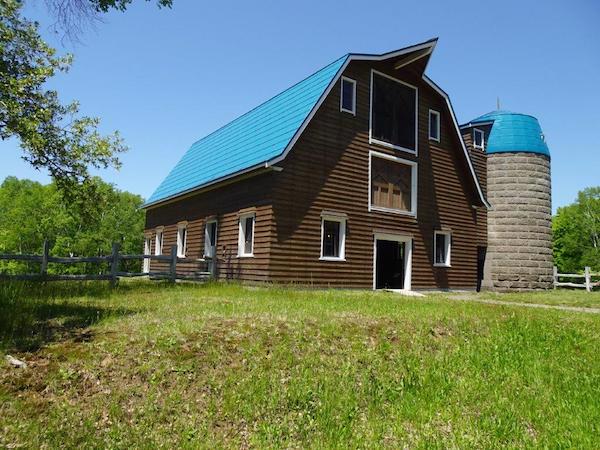 The Mountain Village exhibits buildings that were related to lumber and charcoal production, putting Hokkaido’s rich forest resources to use. 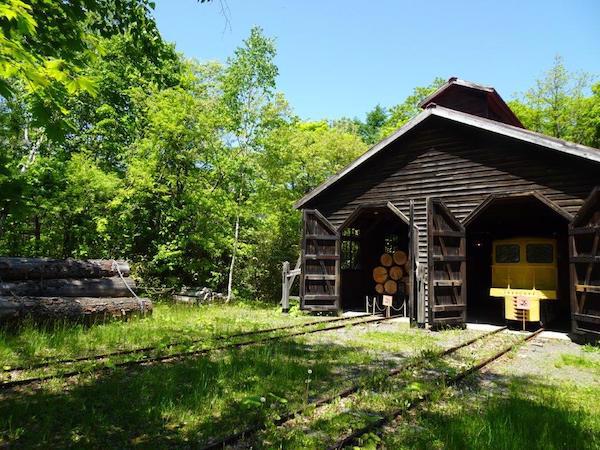 Then there’s the largest area of all, the Town, which is lined with government offices, a residential area, and shopping streets.

The history of Hokkaido’s development

Until the early Meiji period (1868–1912),
Hokkaido was a land covered with large, virgin forests where the indigenous people, known as the Ainu, still continued to hunt.
In 1869, its name was changed from Ezo to Hokkaido, and the Hokkaido Development Commission was established.
Then in 1873, the Japanese government recruited immigrants to start developing Hokkaido.
The Historical Village was created in April 1983 as a way of conveying the history of this development. 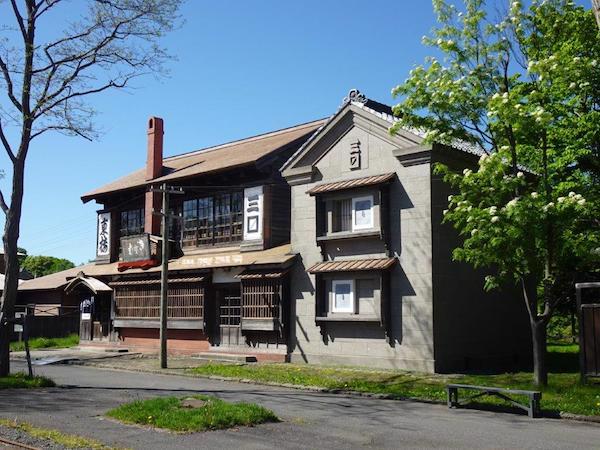 Over 25 buildings are lined up in the Town

Each area of the museum is interesting, but one particularly interesting area is the Town,
which is home to a collection of buildings from urban areas dating back to the pioneering days. 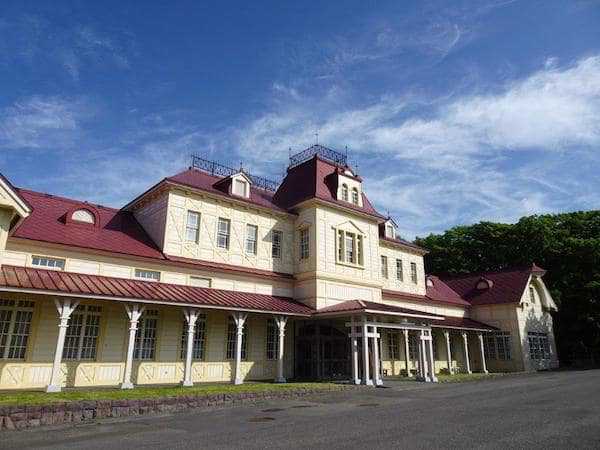 There are more than 25 buildings in this area, which makes up about half of all the buildings in the museum.
Here is the “Watanabe Grocery”, a pottery and general store within the Town area. 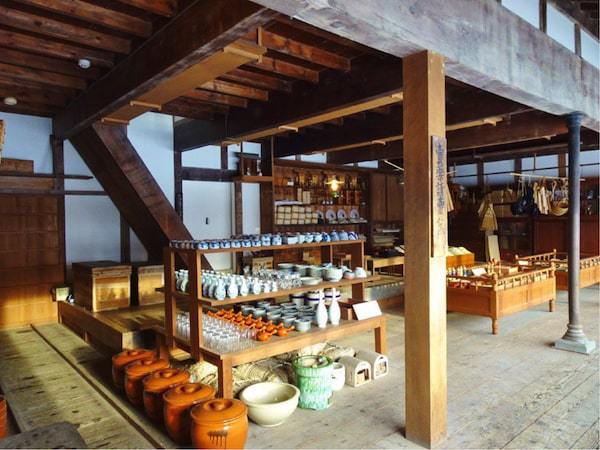 The building is wooden, and in order to keep it in the same condition as it was back in the day,
maintenance is carried out while paying attention to even the smallest details.
This is the inside of the “Kurumasa Inn”, originally located in Ashikawa.
The inn served beer to businessmen, who would have been the main type of guests to stay here. 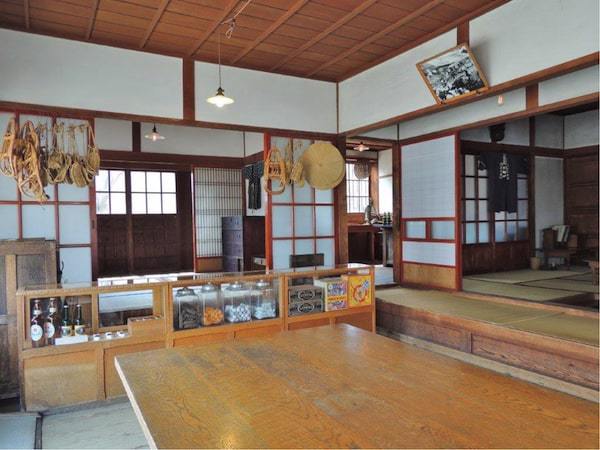 This is a manual printer that was used back in the day.
Applying pressure from above just like you would to a stamp,
one of the volunteers will show you exactly how to do it so you can give it a try yourself. 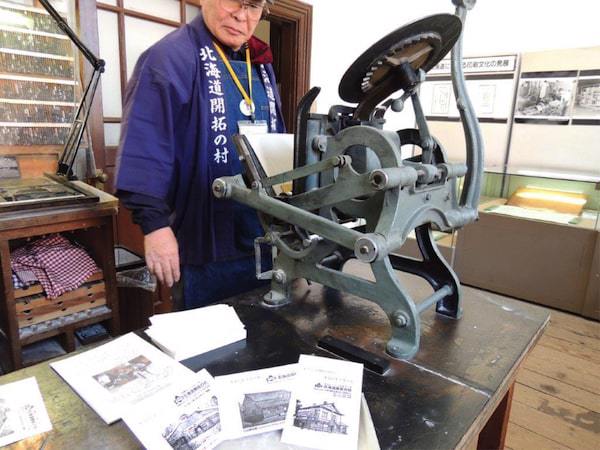 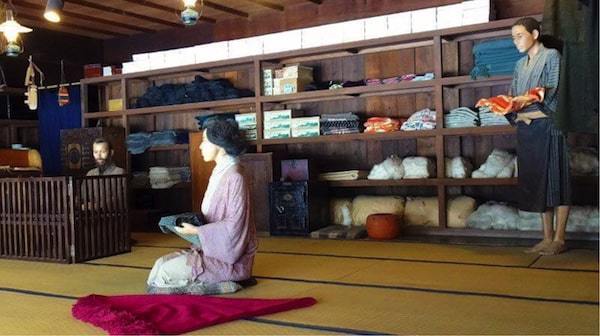 The above photo shows the mannequins inside “Takeoka’s Grocery”.
Dealing with rice and household goods, it played a central role in commerce.
The mannequins have been set up so that children, and foreign visitors who can’t read Japanese,
will be able to understand what life was like just by looking at them.
Some mannequins also have a surprise feature and will suddenly start talking and moving, which is very popular with the children. 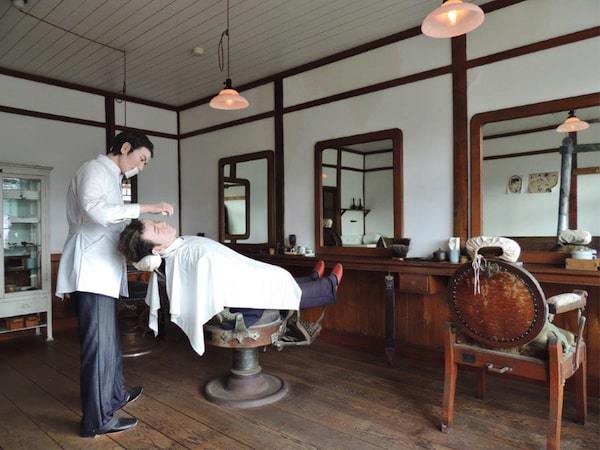 Here is “Yamamoto’s Barber Shop”, which was an actual barber’s.
A conversation plays between the barber and his customer, recreating what it would have been like.
This scene might feel familiar to some people. “Golden Kamuy”, vol. 6, page 131. 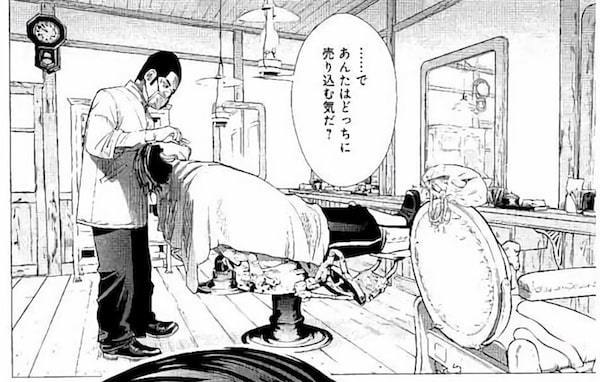 (“Golden Kamuy” by Satoru Noda, published by Shueisha)
That’s right—this barber shop appeared in the popular manga "Golden Kamuy,"
which is set during the period of Hokkaido’s pioneering past.
From the appearance of the building to what’s going on inside, it’s exactly the same!
The first is a photo provided by the Historical Village, but the image from the manga is drawn from a slightly different angle.
Noda has really done his research. It’s impressive.
There are other buildings around the Historical Village that also feature in Golden Kamuy, s
o many fans actually visit the museum as though it were a kind of pilgrimage.
If you're a fan of Golden Kamuy, then you might also want to visit the newly opened U-popo-y Ainu Museum in Shiraoi.

Take a ride on Japan’s only horse-drawn tramway!

During the summer season from mid-April to the end of November, you can ride on Japan’s only horse-drawn tramway.
If you do take a ride, then it’s possible to go from one end of the Town area to the other in about 4 minutes.
The fare is 100 yen for children (3-14 years old) and 250 yen for adults. 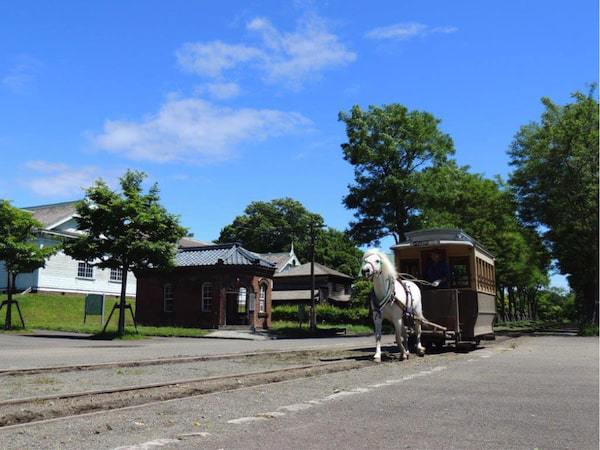 The horses walk along the railroad for about 500 m, pulling the carriage behind them.
The carriage weighs more than 2 tons with passengers, and just watching the horses will give you a sense of energy.
Looking at the buildings and sights on both the left and right hand sides, you can fully immerse yourself in the atmosphere of the time.
When it snows between December and March, which is also when the Sapporo Snow Festival takes place, it looks just like a horse-drawn sleigh!
This time of year offers a completely different experience.
The Historical Village of Hokkaido doesn’t have any large-scale events or productions like other sightseeing spots in Hokkaido.
However, it plays a major role in maintaining these historic buildings, and there are plenty of kind and polite guides who are mostly volunteers.
The Historical Village is a place where parents, children and grandparents can all learn and experience for themselves—
look around the restored buildings that were relocated and experience the types of clothes and conversations from that time,
and take a ride on the horse-drawn tramway. 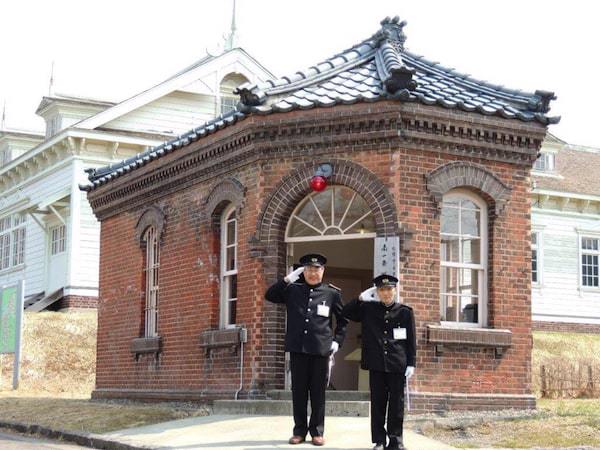 (Volunteers wearing the costume of a police officer working in a police box in the downtown area)
Why not visit the Historical Village of Hokkaido, a tourist spot loved by the locals and enjoyed by all ages?