Kaminoko Pond Transparent blue water made by the Gods

・Almost 12,000 tons of spring water flows into this small pond every day
・The year-round temperature of 8℃ stops fallen trees from decaying
・Best seen in the afternoon when the light hits it best

Filled with water so blue it seems magical, the “Kaminoko Pond” is well suited to its name which means “Child of God”.
However, its name actually originated from Lake Mashu which appeared from an underground stream and was called “Kamuit”,
or “Lake of the Gods”, in the Ainu language. 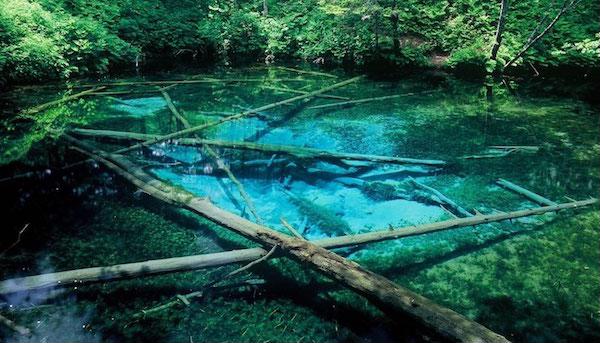 Every day, 12,000 tons of water flows into the Kaminoko Pond from an underwater stream.
Measuring just 220m around and 5m deep, this is a small pond and the bottom of it can be seen clearly
because the water is so clear.
The spring water that flows is mysteriously blue, and while the density of the color changes subtly with the sunlight,
the most mesmerizing sight is the red spotted bodies of Oshorokoma (dolly varden trout) which can sometimes be seen swimming around. 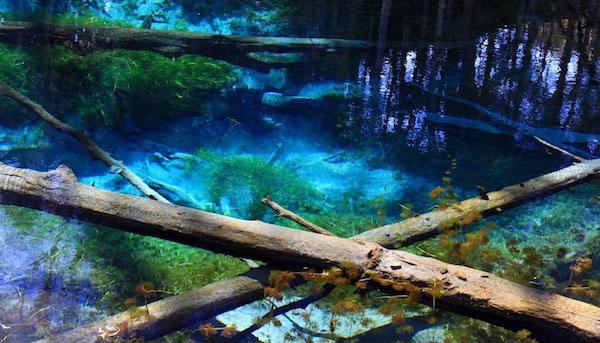 The magical atmosphere is also created by the temperature of the spring water which remains at a temperature of 8℃ or below,
preventing fallen trees from decaying and making it seem as if time itself has stopped.

From early June to August is the best time to visit while the area is full of luscious green plants.
During this time, it is possible to see a beautiful gradation from the greenery reflected on the water’s surface to the deep blue in the center of the pond. 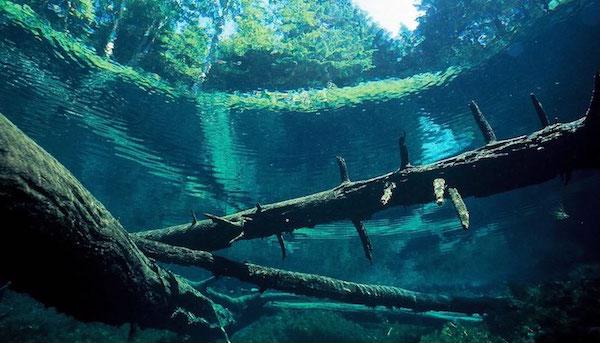 The blue color is the clearest on sunny mornings, and on such days the most light is poured into the pond at noon bringing out the deeper shades of blue and creating a beautiful scene.
However, according to locals it is also possible to enjoy a magical atmosphere in the early morning while there is a morning haze.

The pond can only be accessed by car and the last 2km is via a dirt road through the forest.
This road is very narrow and so it is necessary to drive slowly.
In recent years, the location has gained popularity as a tourist spot resulting in toilets and a parking lot being installed near the pond,
and visitors can see the Kaminoko Pond in just a short walk from there. 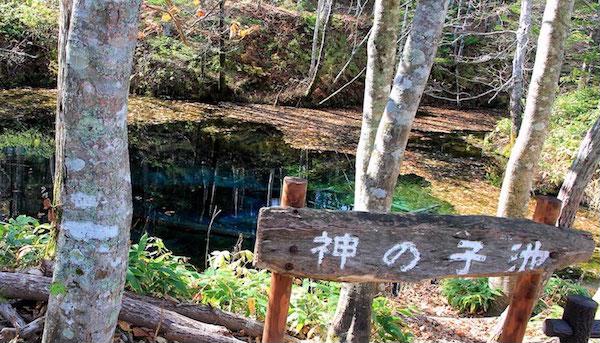 The road is opened for use from April 20th until snow begins to fall in October.
However, since there is still snow left on the road after it is opened to the public,
it is dangerous for normal tires and so care must be taken when driving to the pond. 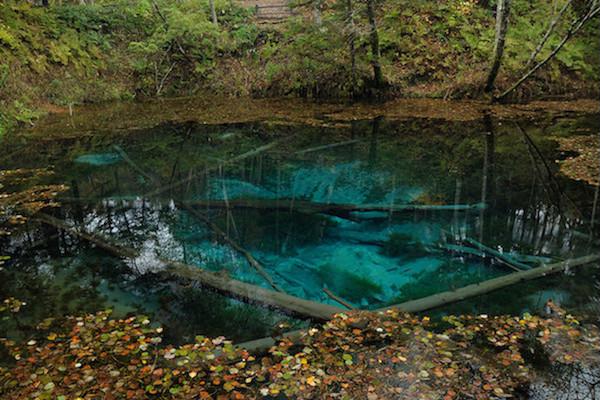 With its colorful leaves, fall also creates a beautiful landscape that is not to be missed.
For those who are brace enough, it is also possible to walk along the forest road during the road closure to see the Kaminoko Pond covered in snow.
However, due to the severity of Hokkaido's nature, we recommend preparing and taking the correct equipment to undertake this challenge.