・Okinawa's Bon Festival dance
・During the Bon Festival, taiko drummers and eisa dancers parade through the neighborhood
・Koza, Okinawa City, is the most popular eisa town
・During the Zento Eisa Festival, parades take place all over Okinawa

Every year during the Bon festival from late August to early September, the sound of taiko drums and shouts of "Iya sasa" echo throughout Okinawa.
This is because a traditional event called "michi-junee" takes place all over the island during the Bon Festival. 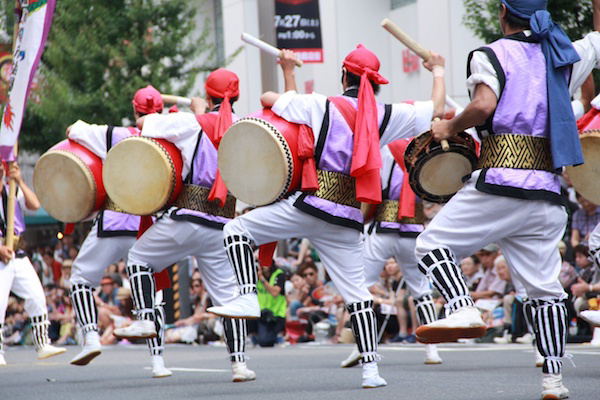 For the people of Okinawa, this is an important event that lasts only three days of the year.
Comforting the spirits of their ancestors, they beat their taiko drums, shout out and dance while parading through the town.
With everyone coming together as a community to pray to their ancestors, these traditional parades have become an essential part of their culture.
Having lived in Okinawa for 2 years, I have been to see the michi-junee parades twice.
Full of passion for their ancestors, it's a truly powerful performance.
I remember being overwhelmed by the intense dancing and the sound of the drums echoing in my heart.
If you ever visit Okinawa, you should definitely go and watch these beautifully charming michi-junee parades,
where you can connect with the beliefs of the Okinawan people.
Here's everything you need to know about them. 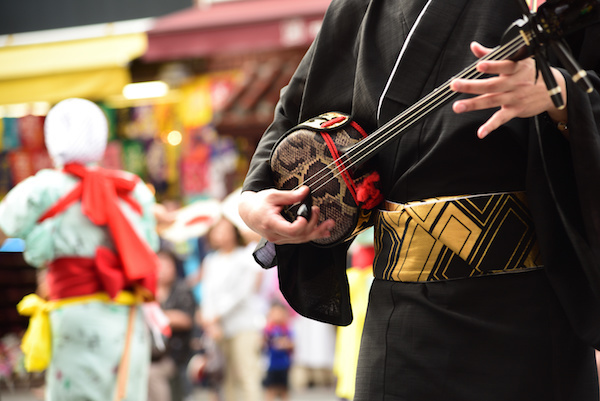 First things first, what is "michi-junee"?

The michi-junee is an eisa dance that takes place in Okinawa during the Bon Festival.
However, this still might be a little difficult to understand for those unfamiliar with the culture, so let's take a look at each aspect individually.
First off, we have the Bon Festival.
In mainland Japan, Bon or Obon (お盆) takes place from 8–13 August, during which people make offerings to their ancestors.
This is also known as "niibon" (新盆; literally "new bon"), and follows the solar calendar.
However, historically, Okinawa has celebrated Bon according to the lunar calendar, and so their festival takes place at different times to the mainland.
This is known as "kyuubon" (旧盆; literally "old bon"), and unlike niibon, the dates change every year.
Next, we have eisa.
This is a unique form of traditional performing arts that originated from the Okinawa and Amami regions.
The leader holds up a large flag, and is followed by a parade of dancers, taiko drummers and singers. 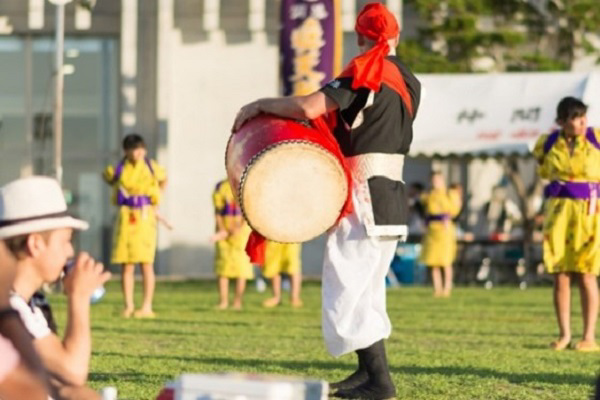 Michi-junee is a form of traditional performing arts, where song and dance comes together in a memorial service for the ancestors on the day their spirits return home.
In other words, the eisa parade that only takes place during the three days of the Bon Festival is known as michi-junee. 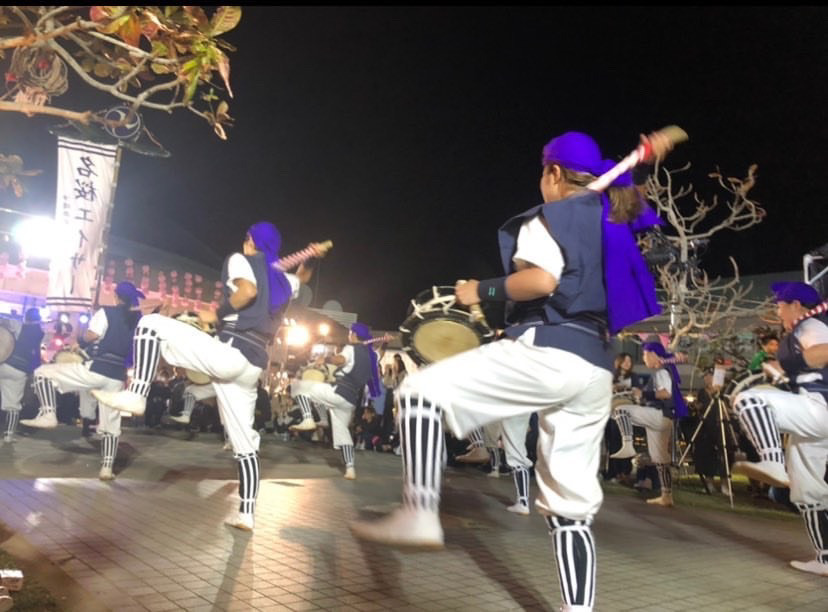 From the strength of the men as they sing and dance while playing taiko drums 50cm wide,
to the gorgeously graceful dancing of the women—watching the parade will fill your heart with joy.

Where can you see the michi-junee?

Michi-junee is not a tourist attraction, but rather a custom of the local people.
As such, there are very few places and times which are broadly advertised.
However, in recent years, more information has been made available through social networking sites.
In areas where the parade takes place, you can also hear the sound of drums ringing out throughout the town. 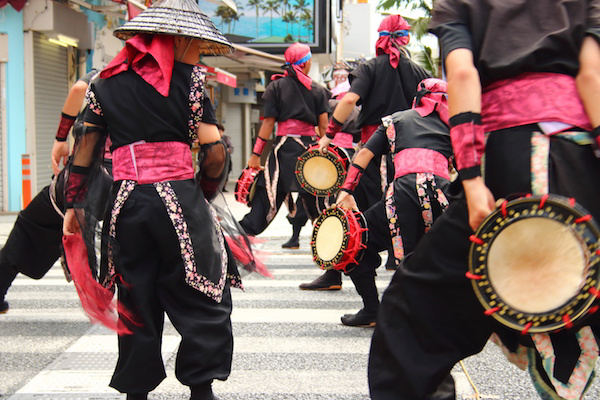 Okinawa City in the central part of Okinawa's main island is especially famous for its michi-junee,
and there are two different events where you can enjoy their parades!

Koza, a town within Okinawa City, is famously known as "Eisa Town".
During the lunar Bon Festival, the sound of drums echoes throughout the entire town.
Performed by 23 different youth associations,
you can find all the information about these eisa parades over on the Okinawa City Tourism website, "Kozaweb" (Japanese only). 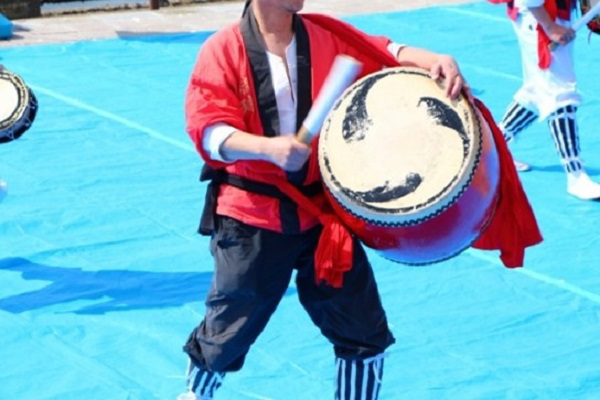 If you take a look, you can see that the dances and costumes differ between each group,
so it's fun to walk around and enjoy all the different parades.
In Koza, there’s also another opportunity to see the eisa dances outside of the Bon Festival,
during the Zento Eisa Matsuri (All-Island Eisa Festival) which takes place during the 3 days immediately after the end of the Bon Festival.

This festival held during the weekend immediately after the lunar Bon Festival.
This is a great festival to attend, showcasing performances from various villages throughout Okinawa all at once.
There are many tourists from all over the country, so anyone is welcome to go and watch. 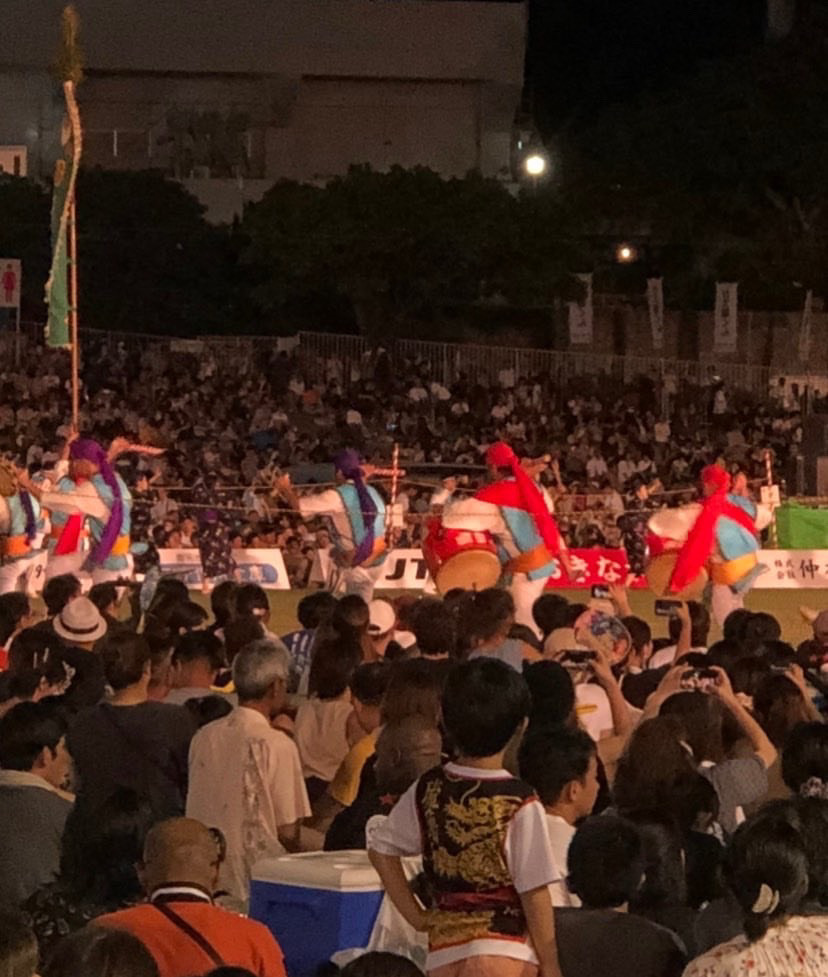 This festival lasts for a total of three days.
Day 1 is held on Koza Gate Street and features a michi-junee street procession.
This can be seen for free from the roadside. Days 2 and 3 are held at the Koza Sports Park.
The second day is the Okinawa City Youth Festival, and only youth associations from within Okinawa City can participate.
On the third day during the main festival, youth associations from all over the island take part.
There is a ticket system in place with advance tickets available to purchase online,
or there are general admission tickets available on the day for 1,000 yen. 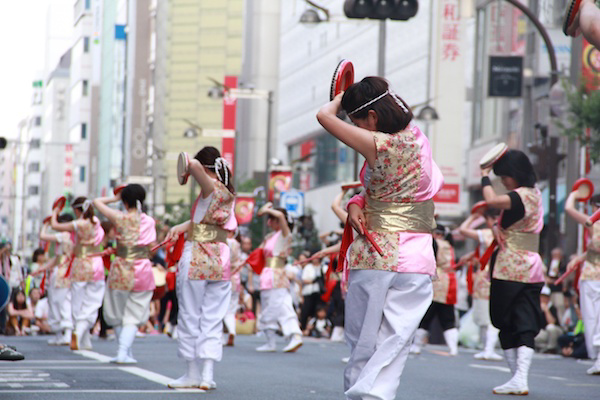 The first day is best for those who want to enjoy the atmosphere of a local festival,
but if you would prefer more of an event, then you might enjoy the second or third day.
Of course, you can also enjoy all three days if you like! For more information,
head to the official site of the Zento Eisa Festival Executive Committee.
https://www.zentoeisa.com/

A parade that touches the soul

During the michi-junee parades,
the Okinawan people can feel their hearts pounding—a sensation they call "chimu dondon".
Please enjoy the sound of the taiko drums and the powerful dances that resonate with local people.
Without a doubt, you too will feel this chimu dondon. 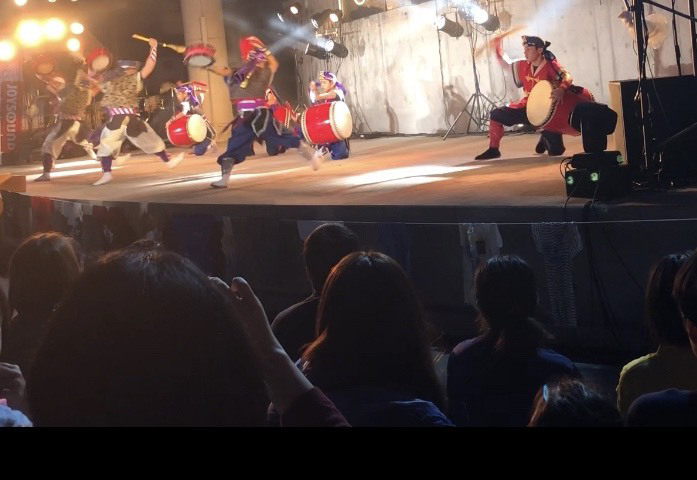